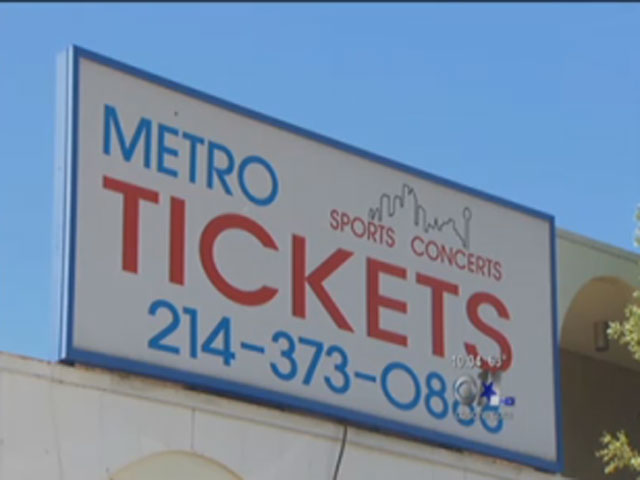 (CBS/KTVT) ARLINGTON, Texas - It's the hottest ticket in town, in more ways than one.

Thieves have stolen more than $80,000 worth of tickets to Texas Rangers baseball games, according to CBS affiliate KTVT.

Someone broke into the Metro Tickets office in North Dallas on Friday night and stole 2500 tickets to dozens of upcoming Texas Rangers games, the station reported.

"We've already gotten the word out to all the other brokers, the legitimate brokers that we know in Dallas, these were the seats that were stolen," says David Christopherson, Metro Tickets' Owner.

Christopherson believes the thief will likely try to sell the tickets on the internet or scalp them outside the ballpark. He says 70 tickets from every home game in August and September along with the first week of July were taken by someone who broke a window of an adjacent office, according to KTVT.

But while the tickets are real, it's unlikely they will get anyone into a game. Unsuspecting fans who buy the tickets could find themselves stopped at the gate when they try to use them.

"Whoever was to maybe buy them at the stadium or buys them off ebay or craigslist or something like that they are going to look like legitimate tickets until you get to the door the bar codes have been changed, the tickets will not work," says Christopherson.

He says the business plans to move after 12 break-ins in the past year. Metro's owner warns fans to buy tickets from reputable brokers.

The stolen tickets could be very hot indeed - with the Rangers having won their first six games of the new season, after making it to the World Series last year.