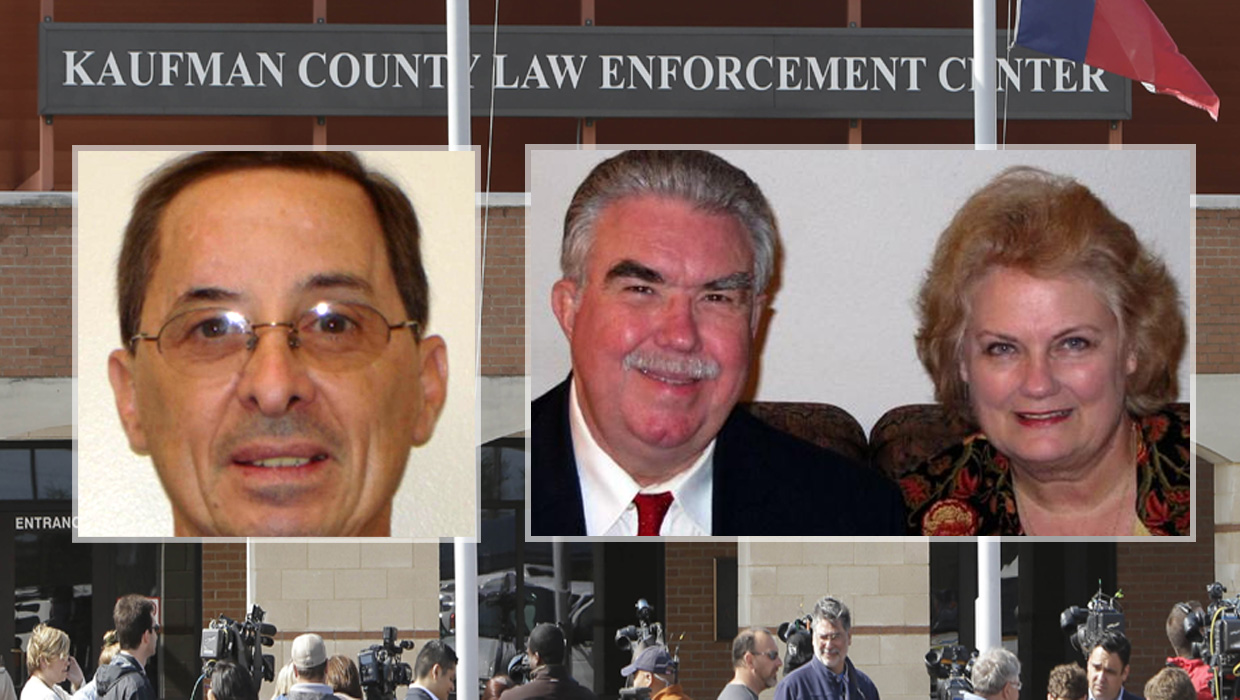 KAUFMAN COUNTY, Texas --When two Kaufman County prosecutors were gunned down in 2013, fear gripped the Texas law enforcement community. Attorney Mark Hasse was ambushed outside the courthouse in broad daylight in January. His boss, District Attorney Mike McLelland was shot to death alongside his wife in their own home on Easter weekend.

Robert Kepple, executive director of the Texas District and County Attorneys Association, said the Kaufman killings were a reminder that threats against law enforcement have to be taken seriously. But that can be a complicated sentiment to put into action. That's because there isn't a state-wide protocol for responding to threats. It's up to the individual county to decide on the proper course of action on a case-by-case basis.

According to the Department of Justice, those decision points come up frequently. In its most recent study, 47 percent of prosecutors' offices reported receiving a written threat, a threatening phone call, a face-to-face threat, or having staff who were the victims of assault or battery. The National Census of State Court Prosecutors was released in 2010 and is the last survey of its kind. Since no other agency is tracking this data, the current percentage of prosecutors receiving threats nationwide is unknown.

When Hasse was murdered, Kaufman County increased security personnel at the courthouse and offered escorts out of the building. But without a direct threat, it was hard to know where to put resources and who needed protection the most.

That left everyone from administrators to judges looking over their shoulders. Kelley Blaine was a Kaufman County court coordinator in 2013.

"I'll never forget, one of the hardest things of all of that to me was helping my 70-something-year-old judge put on a bulletproof vest just so he could leave work and go home," Blaine said. "That was tough."

For her own protection, Blaine started carrying a gun in a car -- and sleeping with one beside her bed. It wasn't an uncommon reaction to the murders.

After the McLellands were killed, Kepple said the Texas Department of Public Safety accommodated prosecutors' requests for Concealed Handgun Licenses on an expedited basis. Since Hasse had previously worked in Dallas, there was heightened security there as well. Dallas County Judge Brandon Birmingham was a chief felony prosecutor in 2013 when the murders occurred.

"All of us were just horrified. That's everyone's worst fear," he said.

Nevertheless, Birmingham chose not to carry a gun on the job. "My thinking was: If someone was going to get me, they were going to get me whether I was armed or not."

Prosecutors were told to vary their routes home and were offered extra police patrols in their neighborhoods. Police also advised that they remove themselves from as many public databases as possible, including appraisal districts and any organization that listed their home address.

Although it's been almost three years since the McLellands were murdered in their living room, another attack on a Texas law enforcement official has brought the issue of proper threat response and security to the forefront.

Texas State Court Judge Julie Kocurek was gunned down in her Austin driveway on Nov. 6, 2015. Kocurek survived the attack, which was witnessed by her teenage son.

After the shooting, Travis County District Attorney Rosemary Lehmberg acknowledged her office had received a threat about someone wanting to kill a judge two weeks prior. But the office chose not to warn Kocurek or her colleagues. Lehmberg said the threat was deemed not credible because it didn't name a specific judge.

The fact that officials can exercise a wide variety of responses to threats based on personal discretion doesn't sit well with Judge Birmingham.

Kepple said the safety of all law enforcement officials is always a top priority in Texas.

"It has not faded to the background at all," Kepple said. "Most of us who have been in the business long enough will face threats."