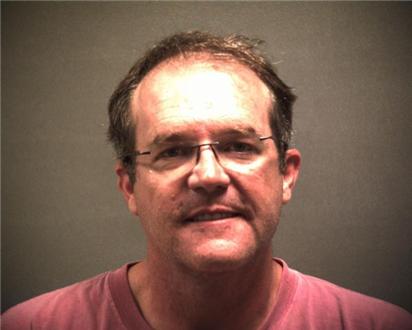 (CBS/AP) LUBBOCK, Texas - A Texas plastic surgeon and the man he allegedly hired to kill the surgeon's ex-girlfriend's new boyfriend have both been indicted on capital murder charges.

Dr. Thomas Michael Dixon and David Neal Shepard were charged Thursday with the July death of Dr. Joseph Sonnier III, who was found fatally shot and stabbed in his home.

Both Dixon and Shepard are being held in lieu of a $10 million bond in the Lubbock County Jail.

An arrest warrant affidavit suggests a love triangle involving Dixon, Sonnier and Dixon's ex-girlfriend. Sonnier's family members have said he told them that his girlfriend's ex boyfriend had been causing problems.

Dixon's two attorneys and Shepard's public defender all declined comment Thursday. Court records describe Shepard as Dixon's business associate but don't provide details about how the men knew each other.

Sonnier was the chief pathologist for Covenant Health System in Lubbock. The 57-year-old was found dead July 11 inside his house in Lubbock, about 120 miles south of Amarillo.

The affidavit alleges that Dixon offered Shepard three bars of silver valued at $3,000 each to kill Sonnier.

Shepard's roommate told police that the alleged gunman confessed to the crime after a suicide attempt, admitting he'd broken into Sonnier's home through a window and shot him several times with a gun Dixon had given him, according to the affidavit.

Dixon and Shepard are each charged with two counts of capital murder. The first count pertains to allegations that Sonnier was killed during the commission of a second felony, burglary of a habitation, while the second capital murder count stems from the allegation that Dixon paid Shepard to kill Sonnier.