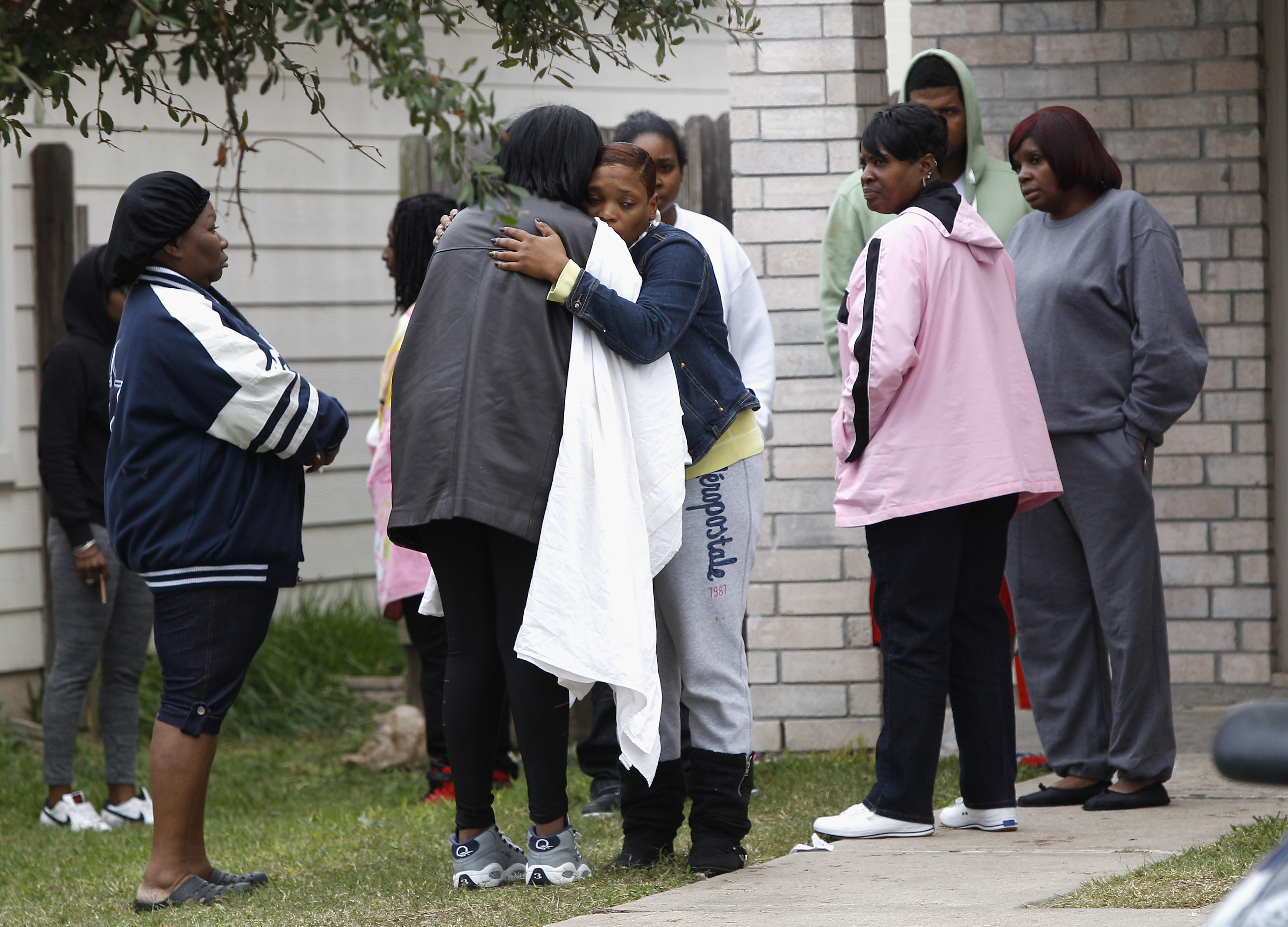 Willie Young, 21, is charged with deadly conduct and Randy Stewart, 18, is charged with aggravated assault in the shooting that left two dead and twenty others wounded, deputies said, according to the station. Officials have not released photos of the suspects.

Deputies have reportedly identified one of the two victims killed in the shooting as 17-year-old Qu'eric Richardson. A 16-year-old girl was also killed.

Harris County Sheriff Adrian Garcia initially said both victims were students at Cypress Springs High School but according to KHOU, Richardson was a student at Morton Ranch High School in Katy.

HCSO investigators said the shooting happened just before 11 p.m. Saturday at the house party in Cypress.

The gunfire prompted party-goers to flee for their lives through second-story windows, authorities said Sunday.

The event was promoted openly on several social media sites and drew more than 100 people, most of them 17- to 19-year-olds, Sheriff Garcia said. The birthday girl's mother attended the party at her home.

He said people were apparently dancing in the home when someone fired a pistol in the air in celebration. In the ensuing confusion, someone else began firing into the crowd, causing people to stream into the narrow street, Garcia said.

After giving varying reports of how many people were injured, authorities clarified Sunday that 20 people were hurt, including 16 who were wounded by gunfire - two critically - and four others who suffered injuries while trying to flee.