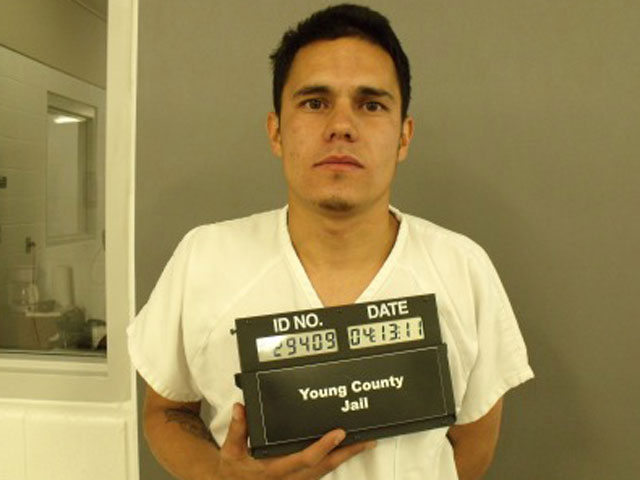 (CBS/AP) FORT WORTH, Texas - Authorities in a rural North Texas community are investigating the slayings of an infant and toddler whose father, Gabriel Armandariz, sent his ex-girlfriend a cell-phone picture that appeared to show the younger child dead, according to two of the mother's friends.

Armandariz, 28, remained jailed Friday on a capital murder charge and $1.5 million bond. The children's bodies were found early Thursday in Graham, about 75 miles northwest of Fort Worth, after a 10-hour search prompted by a family member concerned for their welfare, police said.

Authorities declined to say how the children died.

One photo sent to the children's mother Wednesday and obtained by the Associated Press shows Armandariz lying on a bed with 2-year-old Gatlin and 8-month-old Luke on either side of him. Under that photo is the message, "We love u goodbye." Another photo shows the two youngsters on the bed smiling.

A third photo appeared to show Luke dead, but the child's mother wasn't sure if it was real. She ended up contacting the police anyway, in a community near the West Texas town of Sudan, where she works at a restaurant.

A waitress there said the mother had broken up with Armandariz, and was working with an attorney to get her sons back from him.

In Texas, a defendant convicted of capital murder can face the death penalty or life in prison without parole.