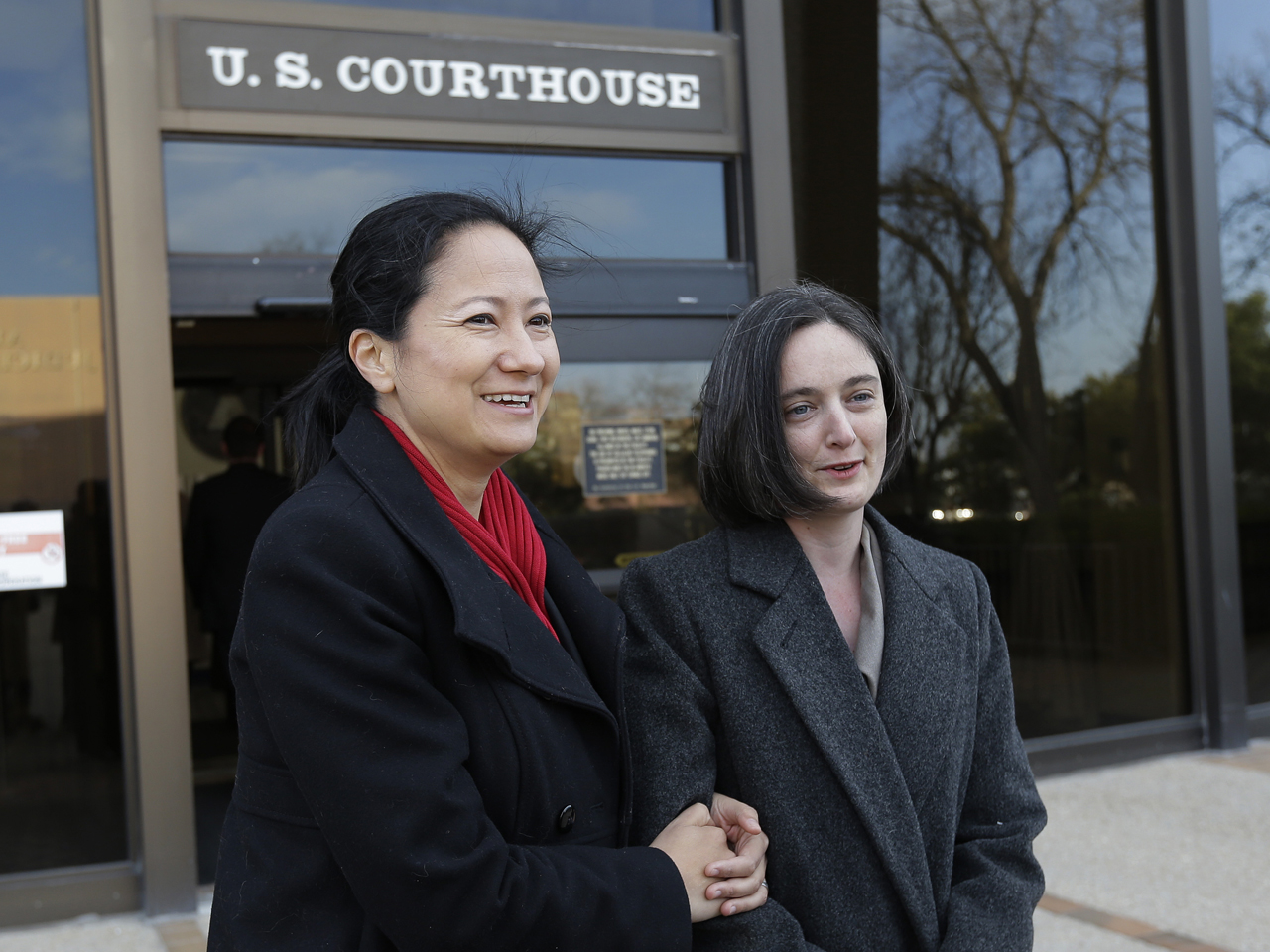 U.S. District Judge Orlando Garcia in Texas is expected to decide whether to temporarily block a ban on same-sex marriage, approved by voters in 2005, until a trial can be held in a case brought by two same-sex couples.

Similar lawsuits have been filed in 22 other states, but the Texas lawsuit is the first of its kind in the region covered by the southern and deeply conservative 5th U.S. Circuit Court of Appeals, where the case will likely end up.

Texas Attorney General Greg Abbott, a Republican running for governor, opposes legalizing same-sex marriage and has vowed to defend the law, a state constitutional amendment that defines marriage as between one man and one woman. But civil rights groups that recently won injunctions against similar bans in Utah and Oklahoma relied on the same argument being cited in the Texas case: Banning same-sex marriage violates the equal protection clause of the Constitution's 14th Amendment.

The U.S. Supreme Court has allowed the laws in Oklahoma and Utah to remain in effect pending a ruling by the 10th U.S. Circuit Court of Appeals in Denver. If that court rules in favor of same-sex marriage later this year, it could clear the way for same-sex weddings in those and four neighboring states.

Attorneys general in other states have taken mixed approaches to court challenges to bans on same-sex marriage. Utah and Oklahoma are fighting rulings lifting their bans. In Nevada and Virginia, attorneys general have chosen not to defend them.

Meanwhile in Louisiana, a gay rights group plans a legal challenge to the Louisiana Constitution's prohibition against recognizing same-sex marriages performed legally in other states.

The Forum for Equality Louisiana and four gay married couples have called a Wednesday news conference on the issue.

The New Orleans-based Forum and the four couples plan to challenge the recognition ban, citing equal protection and free speech rights in the U.S. Constitution. Their decision follows months of legal research after the U.S. Supreme Court ruled last year that same-sex couples should get the same federal benefits as heterosexual couples. The decision struck down parts of the Clinton-era federal Defense of Marriage Act.

That ruling led to a series of federal policy announcements regarding same-sex unions. One that comes into play in the Louisiana case is the Internal Revenue Service policy allowing legally married gay couples to file joint federal tax returns, even if they reside in states that do not recognize same-sex marriages.

A draft of the planned lawsuit in Louisiana, obtained by The Associated Press, attacks the marriage recognition ban on several fronts.

For instance, it says state revenue department policy, based on the ban, essentially requires married same-sex couples who file joint federal tax returns to falsely claim they are single on state returns - a violation, the Forum says, of free speech.

The lawsuit challenges the state's refusal to recognize both members of a same-sex union as parents of a child born to them or adopted.

Louisiana law directs taxpayers to use the same status on state tax returns that they use on federal returns. Because of the state constitution's ban, the revenue department requires that a gay couple filing as married on a federal tax return must file a Louisiana return as single or head of household. "The taxpayer must provide the same federal income tax information on the Louisiana State Return that would have been provided prior to the issuance" of the IRS ruling, state Revenue Secretary Tim Barfield wrote last September.

That policy essentially forces married couples who file joint federal returns to face different tax liabilities than other married couples in the state, the Forum maintains. And it requires them to falsely deny their marital status, the lawsuit draft says.

The legal challenge also addresses other instances in which legally married gay couples are treated differently from married opposite-sex couples, noting that same-sex spouses are denied inheritance rights when one dies; and that only one parent in a same-sex marriage is recognized on a child's birth certificate, posing a host of potential problems for the non-recognized parent if, for instance, the child needs parental permission for medical treatment.

In another legal challenge in neighboring Mississippi, a woman is seeking to divorce the wife she married in California. She wants Mississippi to recognize the marriage so she can get the divorce.