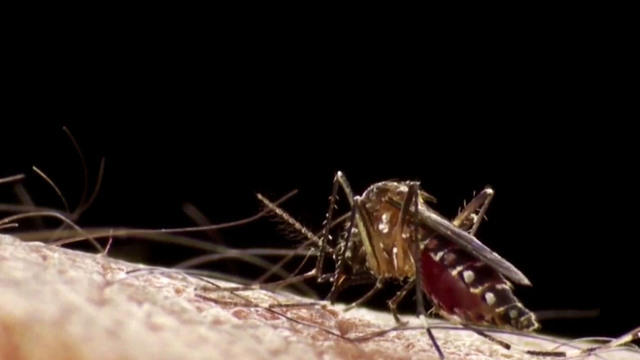 The operation may take more than a day, and county health officials say the public should not fear the spray being used to control the mosquito population.

The U.S. Air Force Reserve's 910th Airlift Wing will fly a modified C-130 cargo plane to conduct the aerial sprays. The plan is to spray 600,000 acres, mostly outside of the City of Houston limits.

According to Dr. Umair A. Shah, executive director of Harris County Public Health (HCPH), "The goal is to reduce the effects mosquitoes are having on recovery efforts and the possibility of a future increase in mosquito-borne disease."

"The insecticide, Dibrom (EPA-approved), is routinely used for aerial spray operations to combat mosquito-borne disease and will be used during the spray operation in Harris County. Dibrom is considered safe for the environment and is applied by licensed applicators, according to the label instructions," the county stated in a press release.

For residents concerned about exposure, HCPH recommends they stay indoors during the evening aerial application in the treated areas, as a precaution.

Mosquitoes can spread a number of illnesses including Zika virus, which can cause devastating birth defects if women are infected during pregnancy.

Residents can help control mosquitoes by emptying standing water around their homes.

As an extra precaution, beekeepers may wish to cover their colonies to prevent bees from exiting during treatment.