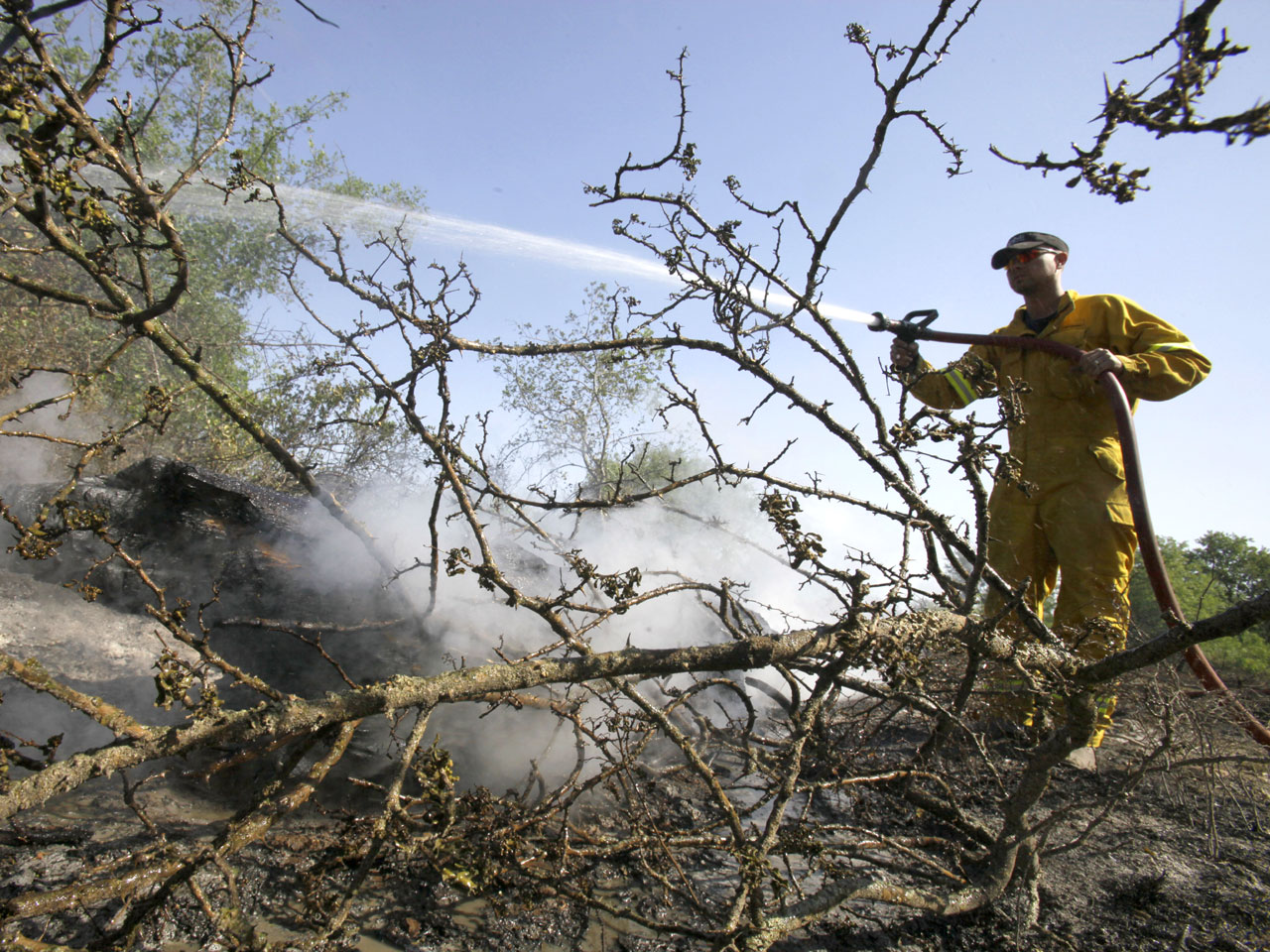 In Mineral Wells, Tex., some residents returned Saturday to homes and ranches ravaged by wildfires that have scorched hundreds of thousands of acres across the drought-stricken state.

Gary Glassock, who owns a 300-acre ranch near Possum Kingdom Lake about 120 miles west of Dallas, drove Saturday from his home in Midland to find his ranch house and most trees destroyed. A 30,000-acre fire has already destroyed about 30 homes in the popular recreation area, Texas Forest Service officials said.

Glasscock said he could see treetops on fire in the distance through the smoke-filled air.

"It looks like napalm bomb went off over here," he said, adding that some roads were closed in the area mid-day Saturday after state troopers initially allowed residents in the Possum Kingdom Lake area to survey their property damage.

About 20 homes were destroyed in Wichita County on Friday, and firefighters continued battling three blazes that totaled 3,500 acres by Saturday in the area about 150 miles northwest of Dallas near the Oklahoma border, state officials said.

Steve Deffibaugh of the Texas Forest Service said firefighters hoped calmer winds on Saturday would help them gain control of wildfires that have spread across 700,000 acres in the parched state in the past week, including half a dozen massive fires still burning.

Winds were expected to be about 10 mph Saturday after whipping in the 50 mph range a day earlier. Humidity readings were expected to remain low, possibly in the single digits, said Dennis Cavanaugh of the National Weather Service.

Texas could be fighting fires for as long as two months because of drought conditions around the state, Deffibaugh said. A sense of urgency will remain "until we get a significant amount of rain," he added.

Simmons and other firefighters fled their truck as it was being overrun by flames, and Simmons fell in a ditch, where the fire caught him, said Justice of the Peace James King, who pronounced Simmons dead at the scene along a rural road.

Some communities and neighborhoods were evacuated Friday, including the entire 1,200-resident town of Gorman and about 250 homes in Wichita County, where a Red Cross shelter remains open. Gorman residents were allowed to return home later Friday, said Ron Holliday, the city manager in nearby Eastland.