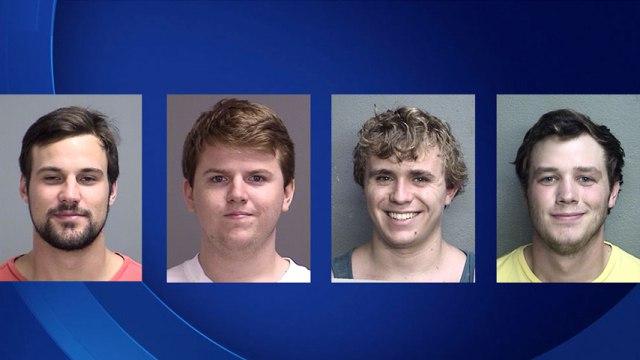 College Station police said in a statement that the unidentified 19-year-old was found early Saturday at the Sigma Nu fraternity. The student, who was a member of the fraternity, was pronounced dead at a hospital.

Investigators say it’s not clear what drug the student ingested.

Police determined other drugs were in the house and four young men, ages 18 to 21, were arrested for possession. Others were cited for having drug paraphernalia.

CBSDFW.com reports that two of the men, 21-year-old Samuel Patterson and 20-year-old Michael Frymire, were charged with possession of a controlled substance.

The two other men, 18-year-old Christian Sandford and 21-year-old Ty Robertson, were charged with possession of marijuana.

Frymire is from Dallas and Robertson from Granbury.

The fraternity’s national office issued a statement saying Sigma Nu will assist authorities with the investigation.