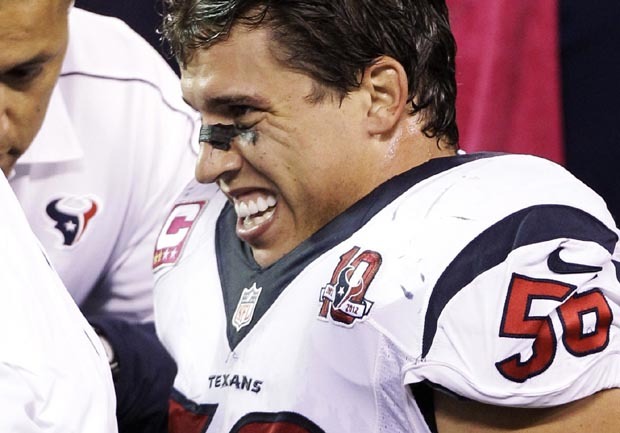 HOUSTON Houston Texans linebacker Brian Cushing is out for the season with a torn ligament in his left knee.

Cushing was hurt in the second quarter of the Texans' 23-17 win over the New York Jets on a low block by guard Matt Slauson. Cushing walked off the field on his own, but didn't return.

"Big blow to our team. You feel bad for Brian because he works so hard and was playing so well," Kubiak said.

Tim Dobbins moved into Cushing's spot in the lineup, and finished with four tackles and a pass deflection.

CBSSports.com's Josh Katzowitz notes Slauson's cut block wasn't penalized and it is a legal move. But that doesn't mean the block didn't raise questions among the Texans.

"I got cut. I got cut on a run play. It happens," Cushing said after the game. "I was just keeping my head up. Whatever happens, happens. It's football. It's part of the game."