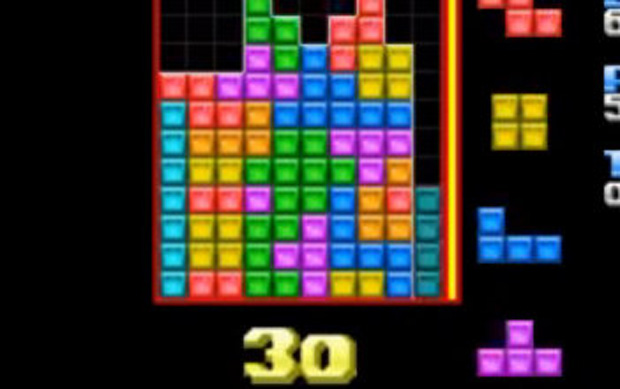 Looking for an excuse to play more "Tetris?" Good news: Engaging in just a few minutes of highly visual activities like the game appears to reduce the strength, frequency, and vividness of cravings for things like food and drugs.

Reporting in the journal Appetite, researchers at Plymouth University in the UK said that because imagery is so closely tied to cravings, they wanted to test whether highly visual activities -- in this case "Tetris" -- might decrease craving imagery and ultimately the cravings themselves.

Co-author Jackie Andrade said her team recruited 119 volunteers who, unlike in previous studies, were not artificially induced to crave something but instead reported whether they were craving anything at the moment. Of the mostly female volunteers, 58 said they were craving food or a drink, 12 nicotine, and 10 caffeine. Then half of the group played "Tetris" for 3 minutes, while the other half were told to wait for a screen to load, though it rather cruelly never did.

For all 70 participants who reported starting the test with a craving, the strength of their cravings diminished over time regardless of whether they were enjoying a game of "Tetris" or staring at a frozen screen. But the strength of cravings fell significantly more for the gamers than it did for their thumb-twiddling counterparts.

"When we want something really badly, it is hard to think about anything else -- and the experience is a very sensory one," David Kavanagh, who has done similar research at Queensland University of Technology in Brisbane, Australia, told Reuters. "It engages our imagination. That can be a real torture. But it also gives us a hint about how we can deal with cravings: If we can do something that engages the same brain functions, we can blunt the craving, and make it easier to resist the temptation."

But if you think you can con your way into playing a lot of "Tetris" as the sole way to deal with cravings, Andrade says that in reality any highly visual activity should do the trick. In fact, in another study she conducted, making shapes out of plastic produced a similar result.

Now if you'll excuse me, I've worked up quite an appetite for, ahem, "Tetris."