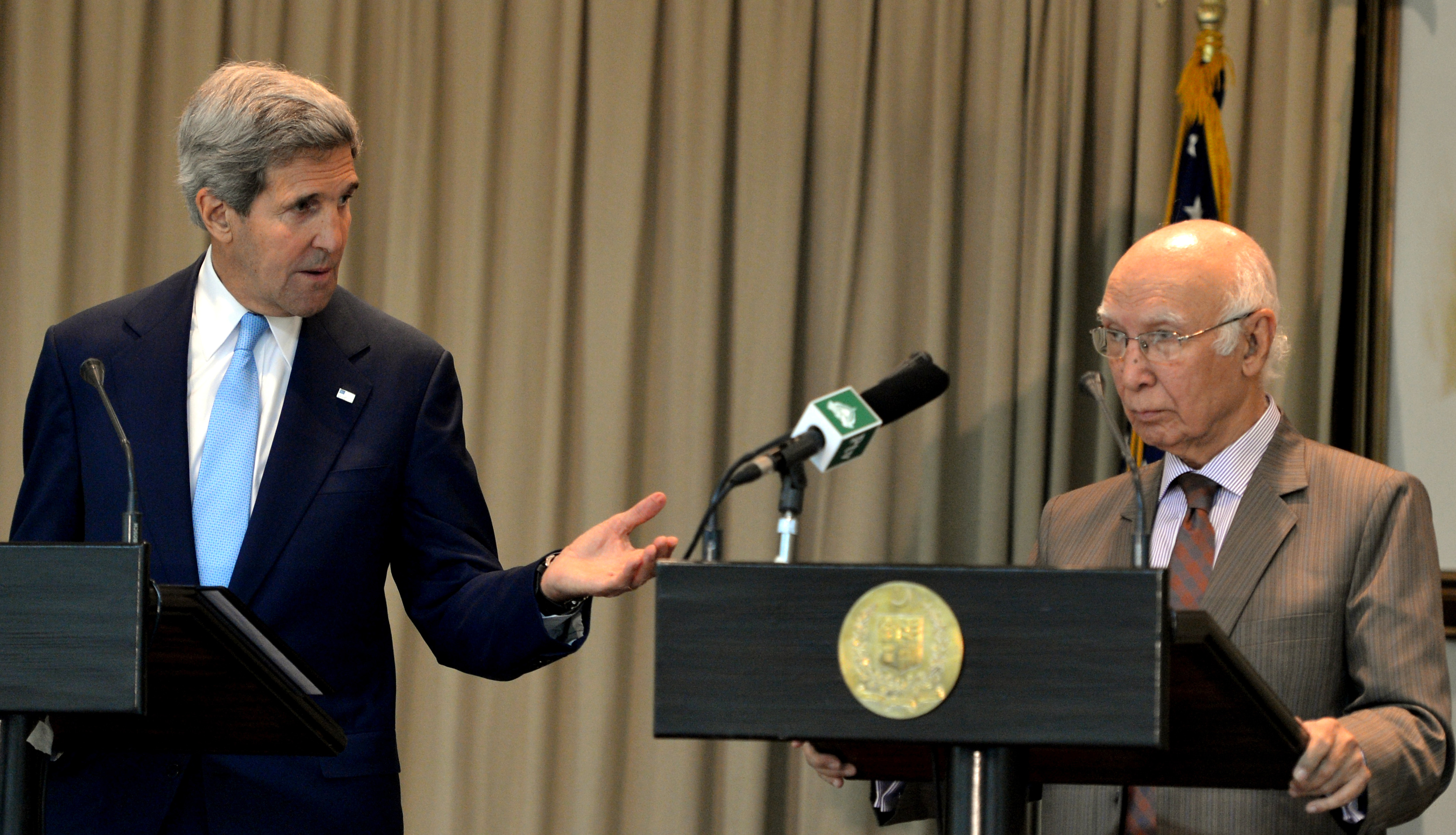 The Obama administration is urging the new Pakistani government to push back hard against the spread of terrorism within the country.

Countering that threat was a top issue on the agenda during Secretary of State John Kerry's visit to Islamabad, particularly as it relates to al Qaeda-linked groups like the Haqqani network and the Pakistani Taliban. Kerry, like many U.S. officials before him, tried to persuade Pakistani leaders that those extremists threaten the Islamabad government and the economic development of the country.

"The truth is we face a common enemy in terrorism, and the choice for Pakistanis is clear: Will the forces of violent extremism be allowed to grow more dominant, eventually overpowering the moderate majority?" Kerry said at a press conference Thursday. Standing alongside the Pakistani national security adviser, Kerry said Pakistanis must choose between giving haven to terrorists and building closer ties to the U.S.

It remains to be seen if the new civilian government of Prime Minister Nawaz Sharif or the powerful military establishment is willing to fight that insurgency. A Taliban assault on a prison earlier this week freed hundreds of inmates and a recent suicide bombing killed nearly 50 people. The incident was described by a senior State Department official traveling with Kerry as "very significant and very brazen incident" and an example of the "pretty phenomenal" counterterrorism concerns.

"Clearly, the problem has exceeded the capacity of the government in certain areas and that's evident by, I think, the expansion of the problem into the settled areas," said a senior Obama administration official. "The problem, however, is beyond just the government's counterterrorism capabilities in a military or defensive sense."

Administration officials could not quantify whether U.S. attempts to choke off terrorist financing to the Haqqani network, a Pakistani terror group with ties to al Qaeda and the Taliban, have had any effect. The Haqqanis are believed to be holding U.S. Marine Bowe Bergdahl, the only known American prisoner of war from the Afghanistan conflict.

"I would say that the Haqqani Network remains resilient but that we have had an impact," said a senior Obama administration official.

The unpopular and ongoing U.S. drone strikes, which Pakistan considers a violation of its sovereignty, are an effective recruiting tool for anti-American extremist groups. The Nawaz Sharif government has asked the Obama Administration to halt all drone strikes. While Kerry indicated that the U.S. intends to end drone strikes when it eliminates the threat of cross-border attacks on U.S. military interests in Afghanistan, there is no hard deadline for them to end.