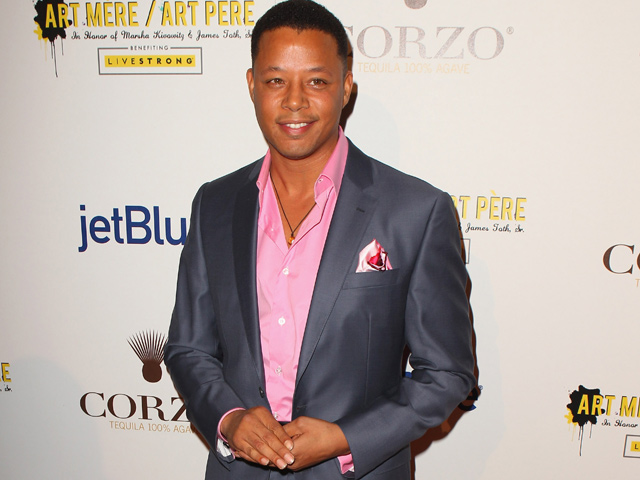 (CBS/AP) Terrence Howard was ordered Tuesday to stay 100 yards away from his estranged wife, Michelle Howard, who claims the Oscar-nominated actor consistently abused her throughout their short marriage, and even threatened to kill her.

abuse began within a week of the couple's January 2010 marriage. A year later, Michelle Howard filed for divorce.

The restraining order remains in effect until a Jan. 17 court hearing.

Howard. in his own sworn declaration, wrote that he has never threatened his wife and that she has repeatedly vowed to ruin his reputation and release private details.

"I live in constant fear of Michelle's endeavors to ruin my reputation; even providing this declaration may well lead to my being subjected to a paparazzi blitz which would not be good for my career," Howard wrote.

Michelle Howard wrote that Howard has hit her several times and he threatened to throw her from a hotel balcony in South Africa last year. She included a text message she said he sent to her on Thursday in which he begged her not to pursue the divorce and threaten his career, ending the message saying, "I can't promise how I will respond."

Howard wrote in his filing that he immediately followed up the message with another text stating that he wasn't threatening her.

"Despite my efforts to remove myself physically from (Howard's) life, his periodic mood swings from anger, threats and violence to statements of love and requests for reconciliation continue and have not subsided," she wrote.

Howard, who is currently on "Law and Order: Los Angeles," appeared in the first "Iron Man" film and in the Oscar-winning ensemble film "Crash" and received an Oscar nomination in 2005 for his role in "Hustle and Flow."