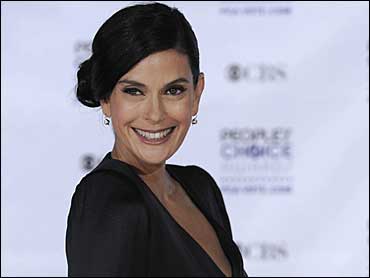 Teri Hatcher is launching a Web project titled "A Chick's Guide to Life."

The Web site, GetHatched.com, was announced Monday by the Walt Disney Co. It will begin in May and be produced by DisneyFamily.com.

The "Desperate Housewives" star and a team of experts will contribute to the site, which will include blogs and a video series. Hatcher said the site will offer "solutions to the needs and obligations of today's modern woman."

The 45-year-old Hatcher is a twice-divorced mother of a 12-year-old daughter. She also wrote the 2006 book "Burnt Toast: And Other Philosophies of Life."