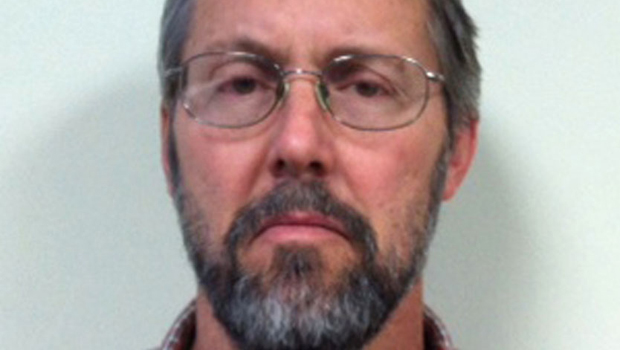 Danny and Rosemary Martin said in a telephone interview that they contracted with Richard Parker to restore an 1830s cabin in Pulaski that was given to them by relatives when they decided to move to the country to raise their children. The work was supposed to be complete in June 1990, but it began to run well behind schedule and there were also problems with the quality of the work.

They confronted Parker about the problems on Tuesday, July 10, 1990, Rosemary Martin said.

"He said he would have it finished on Friday, and he burned it on Friday. He finished it."

Parker's defense team included his father-in-law, Jon Setzer, whom he is now accused of killing, the Martins said. The couple eventually agreed to accept $40,000 restitution and Parker was given four years of probation.

"In hindsight, we probably should have forgotten about that money and let him go to prison," Danny Martin said.

Rosemary Martin said Parker never apologized or showed any remorse for his actions.

"We were trying to get an explanation, and he looked at my husband and he said, 'Oh, I thought y'all had a lot of insurance on that house," she said.

The Martins said they believe that Parker got in over his head financially on the project and thought that burning the house would solve his problems.

"To me, the only thing that guy is about is money," Rosemary Martin said.

Parker was arrested Thursday in the package bombing and charged with first-degree murder and unlawful possession of a prohibited weapon. He was being held at the Wilson County jail with bond set $1 million. He is scheduled to be arraigned on Tuesday and the court clerk's office did not know whether he had obtained an attorney.

Both Danny and Rosemary Martin said that they thought immediately of Parker when they heard on the news that 74-year-old Jon Setzer and his wife, 72-year-old Marion Setzer, had been killed by an exploding package at their home in Lebanon, about 40 minutes east of Nashville. Parker lived directly behind the Setzers. The explosion happened on Monday.

"I told my wife on Tuesday that Richard Parker had killed the Setzers," Danny Martin said.

State Fire Marshal's Office spokeswoman Katelyn Abernathy said she had no information about a possible motive for the bombing.

"I guarantee you this is going to come down to being about money," he said.

Jon Setzer's former longtime law partner remembers going to court in Pulaski when the son-in-law was facing the arson charge for burning down the Martins home.

"He felt that the suggestion that Richard had been guilty of arson was not justified," Nashville attorney George Cate Jr. said of Jon Setzer's view of Parker. "He was supporting his son-in-law at that time.

Cate said there was never any indication of any trouble in the family.

He recalled four years ago when Jon Setzer invited him out to the Wilson County property that he shared with his daughter and son-in-law. Setzer seemed so proud of the orchard that his son-in-law had planted, Cate said.

According to records, Parker ran a business called Legacy Restorations that specialized in historic restorations. He held a license for that business beginning in November 1994, about a year after the arson case was settled, but several other restoration contractors in the area said on Friday that they have never heard of Parker or his company. The company's website does not list any specific projects that Parker has completed.

The license was placed on an inactive status in December. Abernathy said it is common for contractors to place their licenses into retirement whenever they are not performing work requiring a license.

Reached by phone the day before his arrest, Parker declined to talk about the deaths of his in-laws with The Associated Press. Attempts to reach his wife, Laura Parker, were unsuccessful.