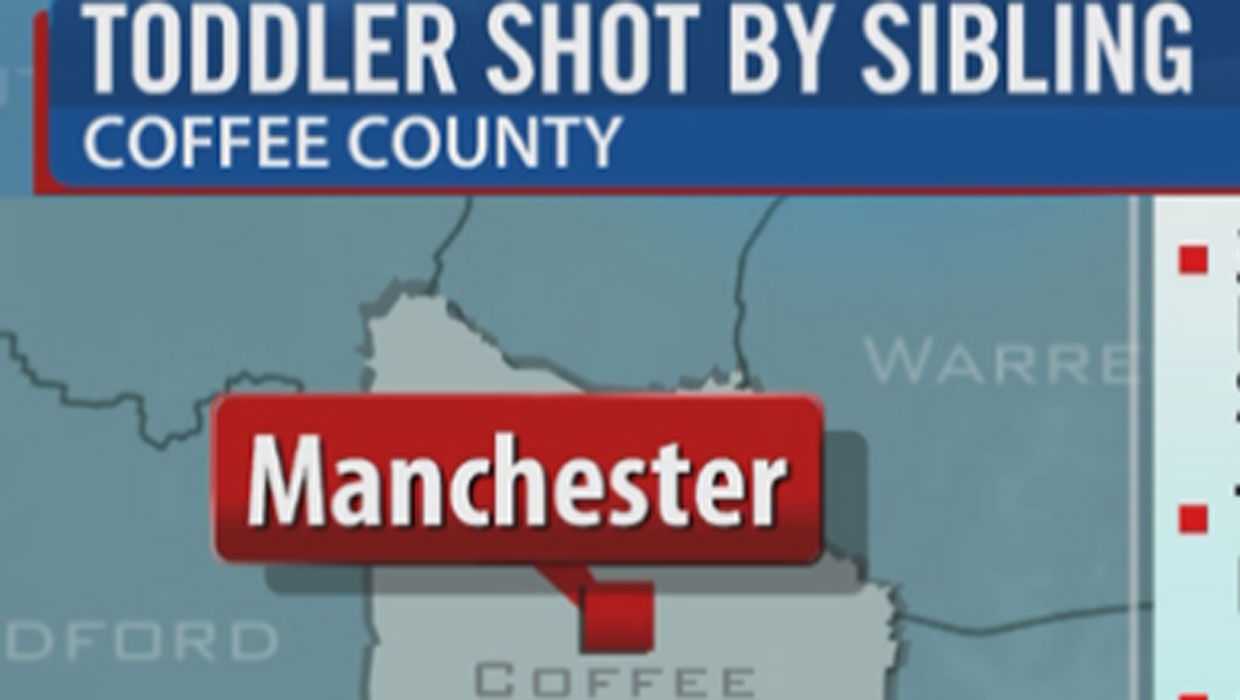 The Coffee County Sheriff's Department said the toddler shot his younger sibling with a .25-caliber automatic pistol in a home Tuesday afternoon in the community of Hillsboro, about 70 miles southeast of Nashville.

According to the station, the wounded child was taken to Vanderbilt University Medical Center as a precaution, but officials said he was awake and alert when first responders arrived on the scene.

Sheriff Steve Graves said the child's parents would be interviewed by investigators on Wednesday.