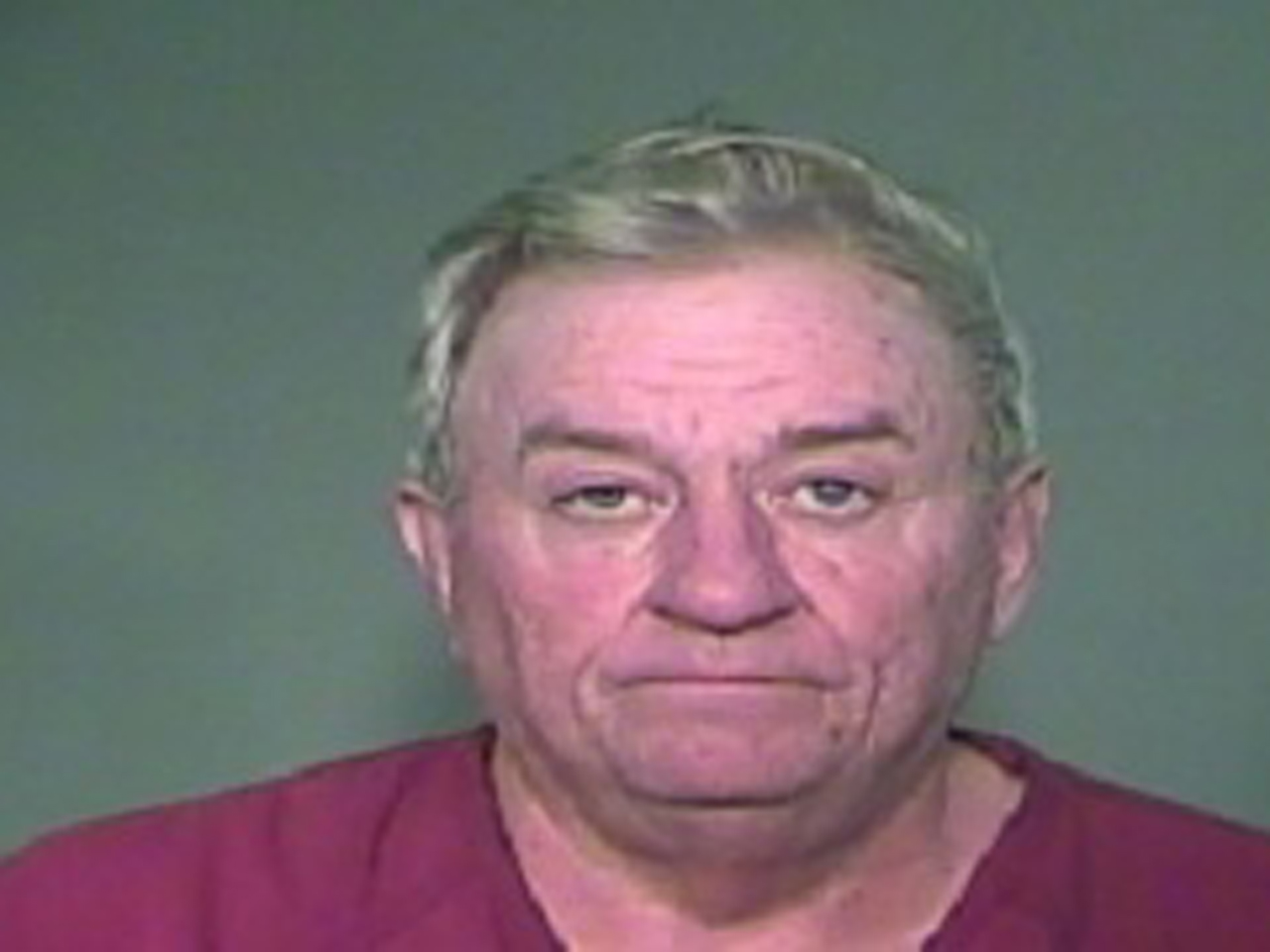 KNOXVILLE, Tenn. - A Tennessee man is charged with two counts of attempted murder for allegedly shooting one motorcyclist several times and backing his SUV into another - after almost hitting them as they exited an interstate.

Rodney Lee Scott, 61, was jailed on a $1 million bond, the Knoxville County Sheriff's Office said in a statement Tuesday. Sheriff's spokeswoman Martha Dooley said she did not know if Scott had a lawyer.

Monday's confrontation took place on the same street where Scott was charged with stopping a car and assaulting a passenger in 2002, according to police records.

When the motorcyclists began waving their arms after Scott nearly hit them, first he made obscene gestures, then stopped his SUV in the street and backed into one of them, knocking him over, the police statement said. He was later charged with fleeing the scene.

A witness stopped to help, and the three followed Scott to his house and called police, the statement said. While they were waiting in the street for police to arrive, neighbors told deputies that Scott, who is white, shouted racial slurs at the motorcyclists, one of whom is black. Scott then went into his garage and came out shooting at the men with a gun in each hand, the police statement said.

The sheriff's department says Scott struck Tyler Lakin three times in the back and once in the wrist and continued firing at him as he lay in the road. Lakin, 23, of Knoxville, was taken to the University of Tennessee Medical Center, where he was listed in stable condition Tuesday afternoon.

Scott also is charged with attempted assault and leaving the scene of an accident. Other charges are pending the outcome of blood-alcohol tests.

The charges against Scott in 2002 were dismissed after he successfully completed probation, according to records from the sheriff's office.