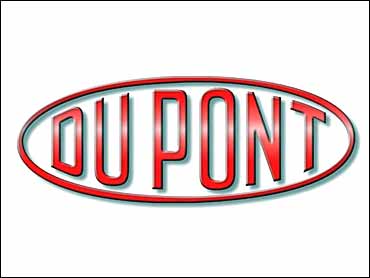 The U.S. Environmental Protection Agency's review of a chemical used by DuPont to make Teflon will be the most extensive in its 33-year history, the federal agency announced.

A preliminary report issued by the EPA questions whether DuPont's voluntary exposure limits are adequate to protect pregnant women. The EPA said it also would investigate claims by the Washington-based Environmental Working Group that DuPont failed to report observations of birth defects in employees. The employees at a West Virginia plant handled the chemical, known as C-8, in the early 1980s, the group said.

DuPont has said it didn't violate any disclosure rules and C-8 has never been conclusively linked to any observed birth defects. The Wilmington-based company is also a defendant in a class-action lawsuit filed in Wood County, W.Va., on behalf of residents whose drinking water was contaminated with C-8.

Industry studies have linked C8 to a variety of health problems, including cancer and liver damage, in rats, but regulators don't know whether those findings are relevant to humans.

"Simply put, we don't know," said Stephen L. Johnson, assistant administrator of EPA's Office of Prevention, Pesticides and Toxic Substances. "To say there is or isn't a health risk on the agency's behalf, is premature."

"We need to get the science sorted out first, then undertake regulatory action if necessary," Johnson said.

In its preliminary assessment, the EPA said the level of exposure to C-8 - also known as perfluorooctanoic acid, or PFOA - that produces birth defects in rats may be too close to the level DuPont has concluded is safe for human exposure.

In a written response, DuPont did not criticize the EPA's assessment but maintained that there is no evidence indicating adverse human health effects related to low levels of exposure to C-8.

Earlier this month, the company said a draft of the report had resulted in an "inappropriate risk assessment" for C-8, which currently is not regulated as a toxic chemical.

The EPA's concern about PFOA stems partly from research showing that the chemical can be found nationwide in the blood of most people. Studies provided by DuPont and 3M Co., once the leading manufacturer of C-8, revealed that the chemical has been detected in people ages 2 to 96.

Blood sampling done as recently as last year suggests that more than 80 percent of Americans have measurable concentrations of PFOA in their blood, according to the EPA.

"We do not know the pathways of how people are exposed," Johnson said.

The EPA plans to ask the U.S. Centers for Disease Control and Prevention to add PFOA and related chemicals to those it monitors as part of its regular program of blood screening.

The EPA's risk assessment of PFOA is based on human and rat studies dating to the late 1970s, many commissioned by 3M. The company began phasing out sales of the chemical in 2000, citing "responsible environmental management."

DuPont began making the chemical at its Fayetteville, N.C., plant last fall and is now the only commercial U.S. manufacturer of C-8.

Johnson said there is no concern that products made with Teflon, a nonstick, stain-resistant compound found in household items ranging from cookware to clothing and carpets, pose a health risk.

According to DuPont, all but about 3 percent of the C-8 used to make Teflon is removed during the manufacturing process, and cookware sold under the Teflon brand does not contain C-8.

But in study published in the July 2001 issue of the journal Nature, three Canadian researchers identified C-8 as one of the chemicals released when fluoropolymers, such as Teflon, decompose as they are repeatedly heated.