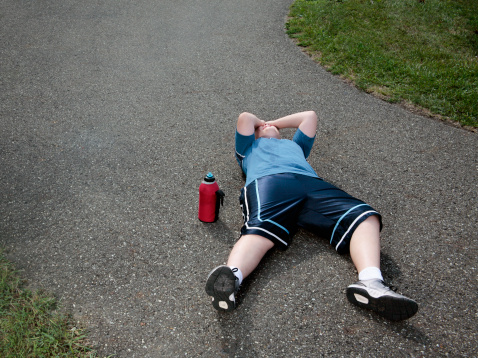 The percentage of U.S. teens who don't have adequate levels of cardiorespiratory fitness has increased in the last decade, according to a new report by the Centers for Disease Control and Prevention.

"The most compelling thing [about the report] was seeing this change over time," Dr. Monica Aggarwal, a cardiologist and a member of the Heart Center at Mercy in Baltimore, told CBS News.

The CDC report also showed average-weight kids tended to have better cardiovascular fitness than those who were overweight or obese. The researchers found that more boys ages 12 to 15 (50.2 percent) had adequate levels of cardiorespiratory fitness compared with girls in the same age group (33.8 percent).

Cardiorespiratory fitness is the ability of the circulatory and respiratory systems to provide sufficient support for the body during physical activity. It is measured by maximal oxygen uptake -- the maximum rate of oxygen consumption during exercise, which is also a reflection of a person's physical fitness.

So where does this decrease in kids' fitness come from? Experts blame our modern, often unhealthy lifestyle and junk-food-based diet.

"Over time we became a sedentary society," Aggarwal said. She noted kids are now spending more and more time playing with mobile devices and watching TV instead of playing outside or doing sports.

She added families are eating too much meat and not enough vegetables, complex carbs and proteins that come from non-animal sources. And this in turns affects kids' overall health.

"High-schoolers are already building plaque in their blood vessels," she said. Aggarwal recommends people reduce or even eliminate animal products and processed food from their diets.

The CDC report showed no differences in cardiorespiratory fitness between kids of different races and ethnicities. The researchers also found that family income did not play a role when it came to how fit the kids were, which runs contrary to a popular notion that people with higher incomes are more likely to stay fit, healthy and eat well. In fact, as Aggarwal stressed, eating well does not have to cost much.

"How much does a can of beans and some rice cost?" she added. "Most of the time [people] are just not thinking about their diet correctly."

It is also important that parents set a good example for their kids and actually prepare food themselves, she said. People should actually go to grocery stores, buy unprocessed products and cook meals, instead of relying on ready-made junk food. "The family runs around what the mom cooks," she said. "My kids eat spinach and kale."