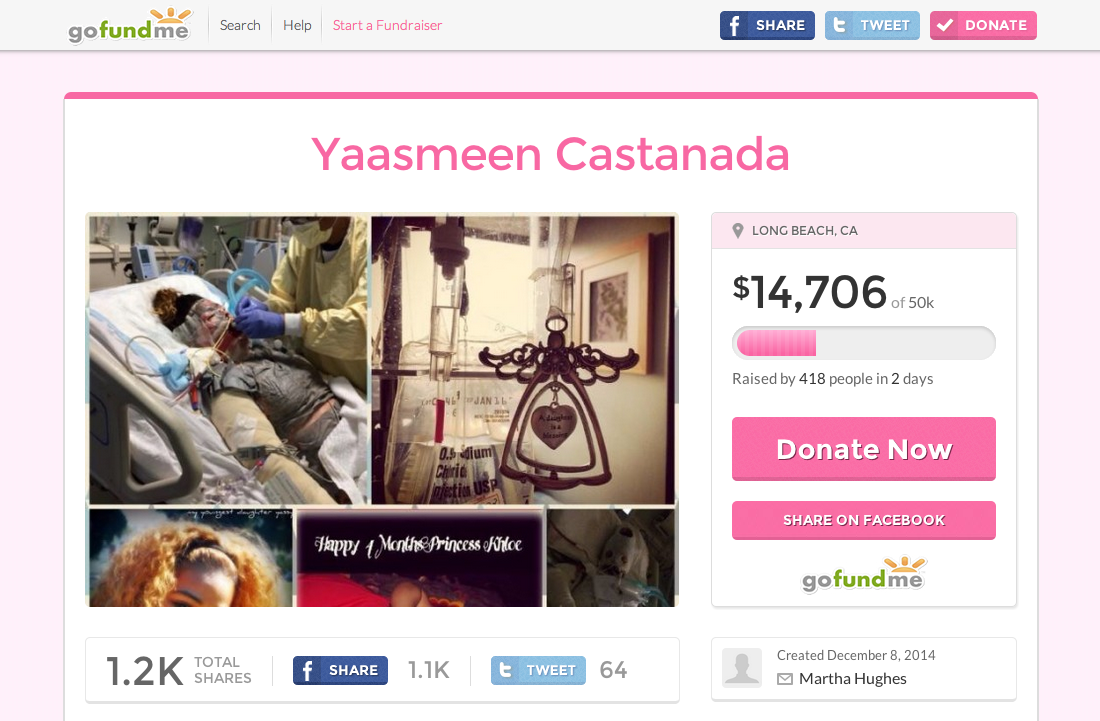 On Thanksgiving, 19-year-old Yaasmeen Castanada came down with sore throat, a result of what appeared to be a seasonal cold. Desperate to feel better, she took an antibiotic pill offered to her by a friend who had some left over from a recent illness.

Shortly after taking the pill, Castanada began to feel a burning in her throat, eyes and mouth. Her eyes also became bloodshot and her lips cracked and dry.

Castanada's mother rushed her to the emergency room where doctors diagnosed her with Stevens-Johnson Syndrome, a serious, rare and life-threatening disorder that affects a person's skin and mucous membranes. It's typically triggered by certain medications or infections. It turns out Castanada was allergic to the antibiotic she had taken.

Her mother watched as her condition deteriorated over the next four days. On the family's GoFundMe page to raise money for Castanada's health care, her mother said doctors have said her daughter's body is now 70 percent damaged. As Dr. Lawrence Matt, a dermatologist from Santa Monica, Calif., told KABC-TV Castanada is suffering with burns "from the inside-out."

She's endured two surgeries to scrape her body and apply Biobrane, a temporary biosynthetic skin dressing. Doctors say within a week she should start to see new skin forming over the wounds, but for the time being she remains in the intensive care burn unit.

Castanada, who is a sophomore at California State University, Los Angeles, will continue to receive supportive care, including fluid replacement and treatment for blisters, and her mother says she faces a long road to full recovery.

Her family is asking the public for donations to help pay for medical expenses. As of Thursday evening, they've raised more than $14,000 of their $50,000 goal through GoFundMe. Her mother says the money will be used for short- and long-term care including burn treatment, physical and occupational therapy and ophthalmological care.

Castanada's story is a cautionary tale of the dangers that arise from taking medications -- especially antibiotics -- not prescribed by one's own doctor. Though Stevens-Johnson Syndrome is rare, everyone is still at risk for antibiotic resistance.

"Please help us spread the work about the danger of taking someone else medication," her mother wrote on the page. "Where we think that an antibiotic will help is actually destroying my daughter." In addition to asking for financial help, she also asked the public for their prayers.