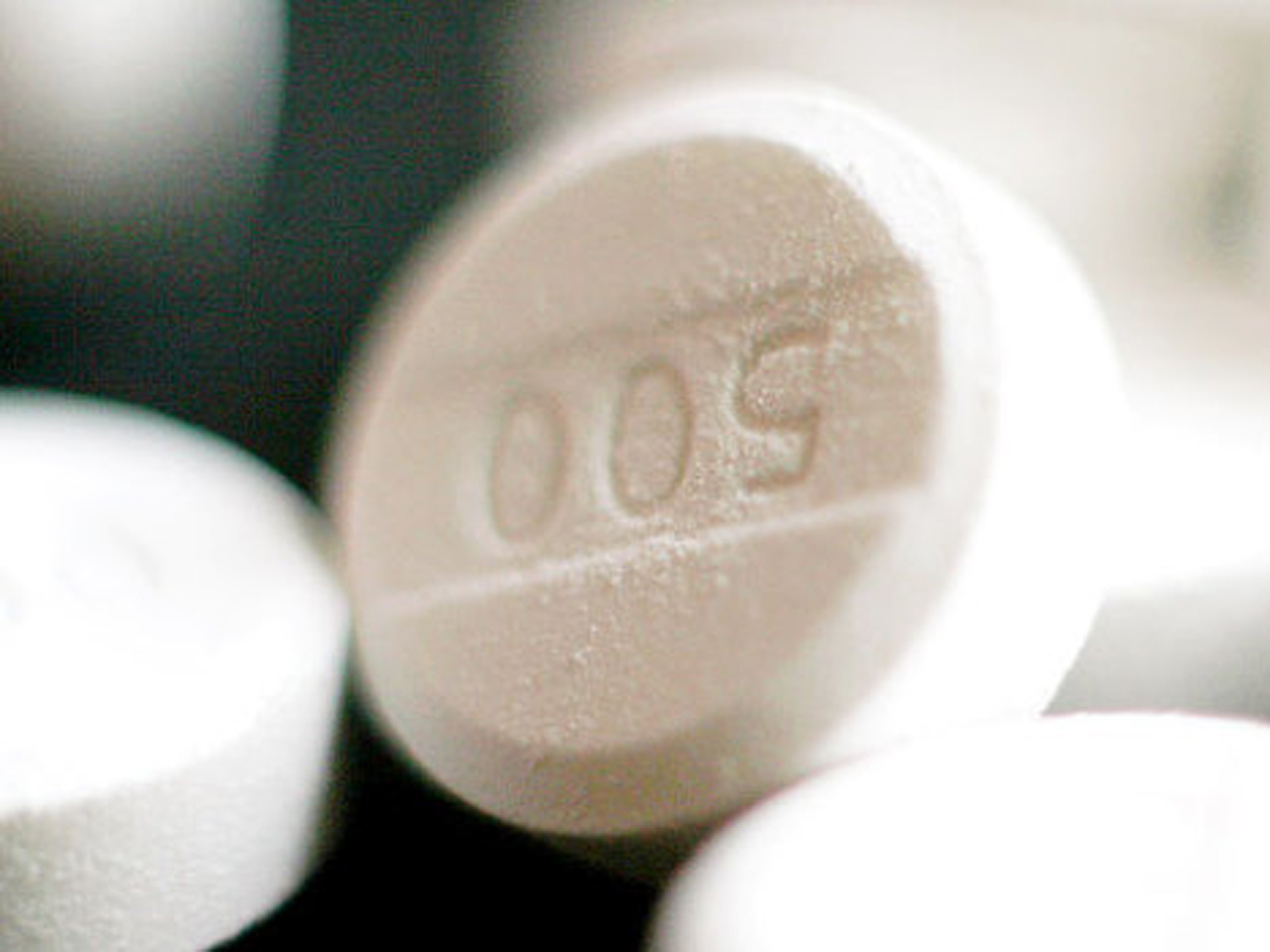 Acetaminophen, a fever and pain reliever that's the active ingredient in drugs like Tylenol and is also found in prescriptions like Vicodin, may cause a rare but serious skin reaction for some people that could end up in hospitalization -- or worse, death.

The Food and Drug Administration (FDA) warned consumers Thursday about the potential for the rare skin complications, Stevens-Johnson Syndrome (SJS) and toxic epidermal necrolysis (TEN), from taking one of the most widely used medicines in the United States.

Acetaminophen is not only found in painkillers, but is an ingredient also included in other prescription and over-the-counter medications.

Labels of medications containing acetaminophen will now carry warnings the drugs may cause serious skin reactions in rare cases, the FDA said.

"This new information is not intended to worry consumers or health care professionals, nor is it meant to encourage them to choose other medications," Dr. Sharon Hertz, deputy director of FDA's Division of Anesthesia, Analgesia and Addiction, said in a written statement. "However, it is extremely important that people recognize and react quickly to the initial symptoms of these rare but serious, side effects, which are potentially fatal."

Stevens-Johnson Syndrome is a rare condition in which small, reddish or purplish blisters form along with thickened patches of skin, according to WebMD. The inflammatory condition is triggered by an allergic reaction.

The symptoms are similar to another reaction, toxic epidermal necrolysis, however TEN is often far more severe, causing the skin to peel in sheets. This leaves large, raw areas exposed, Johns Hopkins Medicine notes, which could become easily infected.

Both reactions usually require hospitalization and in some cases can result in death. A person experiencing a reaction from acetaminophen may first have an onset of flu-like symptoms, followed by rash, blistering and excessive damage to the skin's surfaces.

In cases of TEN, the skin may peel without blistering, and the condition could spread to the eyes, mouth, throat or other mucus membranes.

Some acetaminophen-takers may also experience a rare but milder reaction called acute generalized exanthematous pustulosis (AGEP), which is characterized by a fever, rash and pustules that form on the body, mostly around the main body folds and upper trunk, according to Medscape. This particular reaction usually resolves within two weeks of stopping the offending medication.

There are two main types of reactions to acetaminophen explained, Dr. Doris Day, a practicing dermatologist at Lenox Hill Hospital in New York City who also is an associate professor at NYU Langone Medical Center.

"I actually saw a very severe case of ... Steven Johnsons Syndrome from Tylenol," said Day. "The woman was in the burn unit and they kept giving her Tylenol because they didn't know of the reaction. When they stopped ... the rash got better. It was very impressive."

There is currently no way to know who is most at risk for these skin reactions, and the FDA points out even people who have taken acetaminophen previously without any problems could develop them.

"If you've ever had a skin reaction when taking acetaminophen, don't take the drug again and discuss alternate pain relievers/fever reducers with your health care professional," the FDA urged.

In February, a jury awarded a Mass. teenager and her parents $63 million almost a decade after she suffered a life-threatening case of TEN after taking Johnson & Johnson's children's pain reliever Motrin. She lost 90 percent of her skin, was blinded and suffered brain damage that caused short-term memory loss. She was placed in a medically induced coma and required skull surgery to relieve some pressure, and the reaction also spread to her respiratory system, taking most of her lung capacity.

The girl, Samantha Reckis, had previously taken the pain reliever before without problems. Company lawyers pointed out the labels noted the medicines were associated with allergic reactions.

Prior to the FDA's new warning, the agency reviewed cases of side effects occurring from 1969 to 2012, and found 107 cases of skin reactions including 67 that resulted in hospitalization and 12 deaths. Most cases involved single-ingredient acetaminophen products.

The FDA previously took action against acetaminophen added to prescription painkillers two years ago over the risk of liver injury, asking manufacturers to limit the dose of tablets or capsules to 325 milligrams for these combination opioid drugs.

"FDA's actions should be viewed within the context of the millions who, over generations, have benefited from acetaminophen," says Hertz. "Nonetheless, given the severity of the risk, it is important for patients and health care providers to be aware of it."

The bottom line, says Day, is "If you have trouble breathing, swelling or difficulty swallowing (after taking acetaminophen), you need to go to the ER or call 911."

McNeil Consumer Healthcare, makers of Tylenol, told CBSNews.com in an emailed statement that it agreed with the FDA in that the new warning should be viewed in context of the millions who have benefited from taking the drug.

"As the makers of Tylenol (acetaminophen), we take seriously all matters related to our products and are committed to providing consumers with safe and effective medicines," the company said. "Consumers should stop using medications and ask their doctor whenever they have new symptoms.