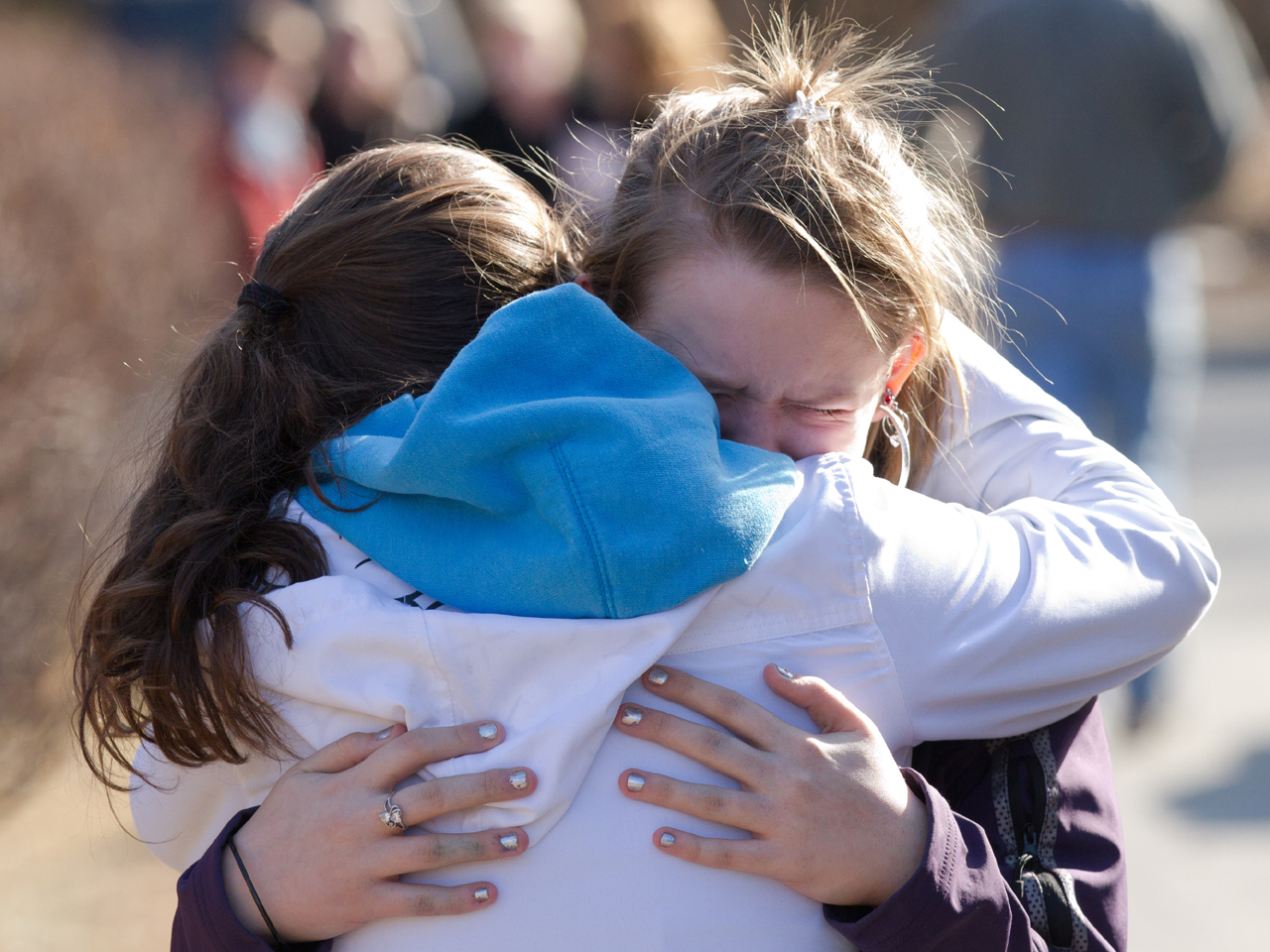 (CBS/AP) WALPOLE, N.H. - Tragedy struck a New Hampshire elementary school on Friday when a 14-year-old shot himself in the face in a cafeteria filled with dozens of students eating lunch, officials said.

The teen, identified by a relative and fellow students as Hunter Mack, was hospitalized after shooting himself around 11 a.m. at Walpole Elementary School in southwestern New Hampshire.

The shooting caused the school to be locked down by police for several hours, but no one else was injured.

"Our hearts go out to the family of this young man and our thoughts go out to all of the students that were in the school at this time," Cheshire County Attorney Peter Heed said at a news conference. Heed did not say what kind of gun the student used or where he might have obtained it. He also did not offer any information on why the student shot himself.

Late Friday afternoon, the student was in serious condition in the intensive care unit.

"We're all just waiting to hear about our little boy," said Cindy Mack, whose cousin is the boy's father. "He's a wonderful little boy. He's an avid hunter, like his name. He is very smart. He won prizes at school. He shot his first deer last year. He's a great, great kid."

Ethan Symonds, a seventh-grader who was sitting at a table near the boy in the cafeteria, said he heard something "a little bit louder than a chip bag popping." He said he did a double-take, saw blood, and ran.

Seventy of the school's approximately 170 students were in the cafeteria at the time. Nick Phillips, an eighth-grader in the student's home room, said he had been passing notes during the week saying he was depressed, but it wasn't clear why.

Meanwhile, parents received automated calls about the lockdown at about 1 p.m. They were immediately permitted to come to the school to pick up their children. Some of them were also interviewed by police.

"The state of New Hampshire is offering whatever assistance it can to the community, along with all of our thoughts and prayers," Gov. John Lynch said in a statement.

Walpole, a town of about 3,000, is several miles from the Vermont state line and about 15 miles northwest of Keene.

Walpole Elementary School, which includes grades 5-8, is one of five schools that recently began participating in an experiment aimed at reducing bullying and meanness in New Hampshire schools.

The Courage to Care curriculum, developed at the University of New Hampshire, includes videos, activities and games emphasizing empathy, caring for others, understanding power, courage and being respectful in cyberspace. Half of the seventh graders in each participating school are enrolled in the program initially, while the other half serve as control groups to compare the curriculum's effects.