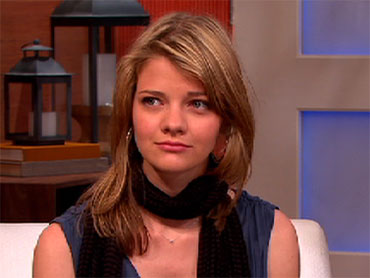 Jessica Watson was just 12 years old when she first dreamed of sailing around the world.

Motivated by the story of Jesse Martin, the youngest person ever to do so, she decided her life's ambition was to someday break Martin's record.

Just four years later, 16-year-old Jessica was ready to begin her own voyage.

And last October, armed with her parents' support and a video camera, she began her epic journey. Along the way, she documented her adventure.

One month in, she celebrated her first crossing of the equator. She then spent the holidays at Point Nemo, rounded Cape Horn and passed south of Cape Town.

Finally, on May 15, 2010, after spending 210 days alone at sea, Jessica returned to Sydney, beating the 11 months it took her inspiration, Jesse Martin, to do it, and fulfilled her childhood dream.

But Jessica's story isn't the only one that's made headlines recently. Laura Dekker, just 14-years old, set sail from Portugal in late August. She reached Spain's Canary Islands off northwest Africa, but plans to wait a while before continuing. Dekker's journey came just two months after American Abby Sunderland, 16, had to be rescued in the Indian Ocean during her attempt go around the world.

On "The Early Show" Tuesday, Jessica said, "Sailing around the world is a bit scary and dangerous thing to be doing, and for those people -- who is pretty much everyone who didn't understand the preparation, the team of experienced people around me, the reason why mom and dad were letting me go -- it must have sounded downright crazy. And you can understand that. But mom and dad, like I said, were not crazy, they let me go for a reason because we'd done everything possible to make it as (safe as possible)."

Jessica was outfitted with a boat that could right itself, if tipped over.

She said the boat did tip six times during the seven months at sea.

Jessica, who is now 17, is not only a world solo sailor, but also a bestselling author of a book on her journey, "True Spirit."

Read an excerpt of "True Spirit"

For more with Jessica on her harrowing journey alone, click on the video below.