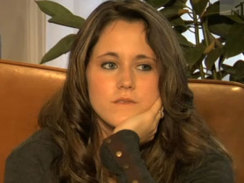 (CBS) - It seems "Teen Mom 2" star Jenelle Evans isn't the only one in and out of court this month.

Starcasm, a celebrity and pop culture blog, reports that Delp was arrested near Baltimore on Aug. 30. The site say according to online records, Kieffer is being held at Anne Arundel County Detention Center until trial and is facing five misdemeanor drug charges. He has a scheduled court date of September 20, 2011.

Delp had previously been arrested in June on charges of simple assault and assault on a woman after he allegedly punched on of Jenelle's former friends and her male companion, TMZ reports.

On Sept. 5 Evans tweeted a link to the Starcasm story along with, "So unattractive :/".

The 19-year-old teen mom, who was sentenced to probation and community service Friday for her role in a fight caught on video that vent viral on the internet, will herself be back in court on Sept. 28 in connection to additional probation violations.