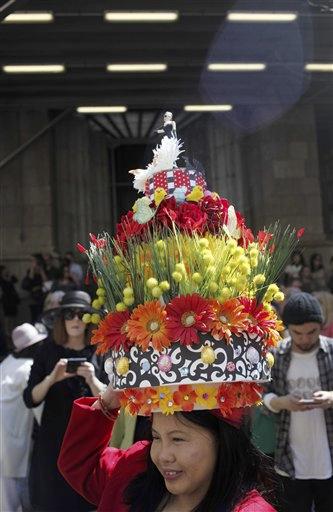 As summer comes to an end, kids across the country are busy prepping for the new school year. In many cases, teens especially are worrying about what they're going to wear on their first day back.

So stylist David Evangelista gave one lucky teenager a back-to-school makeover Monday on The Early Show.

Seventeen-year-old Marian Golden of Rye, N.Y., enters her senior year in high school this September and is looking for a more fun and expressive look, instead of her usual T-shirt and jeans outfit. Marian enjoys music and art, and says her style is slightly punk, since she's into the "ska" (a type of punk music) scene.

Marian has long, thick, red hair with bangs that have grown out down to her chin. Her mom tells The Early Show she often wears her hair in braids and on occasion straightens it. Marian has expressed concern about going too short, and says she doesn't want more than five inches cut off.

The following is the makeover she got:

Hair: For her thick hair, Evangelista says he cut a few layers to remove some of the bulk and to make it easier and less time-consuming if she wants to blow it out. "Hair shouldn't take up all your day to dry it out," he says.

For girls who might have unruly hair, he suggests, "Get a product with a soft setting gel, something that groups the hair and calms it down a little bit."

As for color, Evengelista decided not to color Marian's beautiful red hair, instead leaving it natural, which is best and most appropriate for someone of her age.

Makeup: A light and natural makeup look is both age-appropriate and simple for Marian to replicate. Evangelista added a blush to give her some rosy cheeks and some lip-gloss for a natural sheen. A light natural eye makeup and some mascara were also applied to bring Marian's eyes out.

Evangelista also emphasized tweezing the eyebrows. "Groomed eyebrows, girls at home, are really pretty," he says. He also noted a lot of girls her age now wear a lot of foundation, when they don't have to. For Marian, he just applied a tinted moisturizer and a little bit of concealer.

Outfit:
Evangelista chose a vintage-like outfit from American Eagle Outfitters that will keep her feeling comfortable, yet give her a slightly more sophisticated and feminine look - with an edge.

Jeans are Marian's staple. So, Evangelista chose a pair of low-rise stretch jeans with a skinny flair to flatter her hips. Low-rise pants continue to be very fashionable, and a light antique wash lends itself to a vintage feel. Evangelista paired them with a cream-colored camisole trimmed with lace - again, keeping with the vintage style. Over the camisole, he chose a muted rose-tone corduroy blazer - adding femininity through color and sophistication with a fitted jacket.

Both corduroy and tweed are very big textures used in fashion this fall season. Evangelista mixed and matched the two by adding a tweed flower pin to the lapel of Marian's corduroy jacket. To finish the look, he used fashionable accessories: a pink grommet belt, aviator sunglasses, dainty earrings and a charm bracelet. White Converse sneakers completed the outfit and gave it an edge.

"I love these pants," Marian says. "I'm very happy and I love the blazer. I'm going to be wearing it a lot."