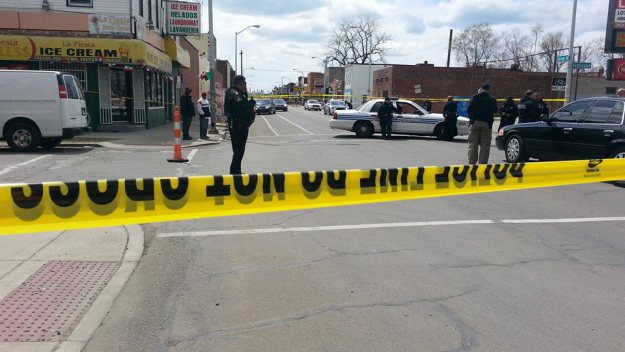 No information has been released about the victim, who died after being taken to a nearby hospital, according to the station. Detroit Police Chief Darryl Brown said that a teenage male suspect has been taken into custody. The shooting occurred Sunday in southwest Detroit's Mexicantown community.

"We believe [the suspect and the victim] were acquainted," said Brown.

Other individuals may also have been involved in the shooting. Brown said that one such individual is a gang member, but CBS Detroit reports it is unclear if the incident was gang-related.

"We were anticipating [the parade] to be a nice family event but we had a tragic ending," Brown said. "It's not only frustrating for the police department, but for the community." The chief emphasized that the strong police presence on the scene allowed authorities to arrest their suspect in "about a minute."

Following the shooting, the remainder of the parade was canceled.