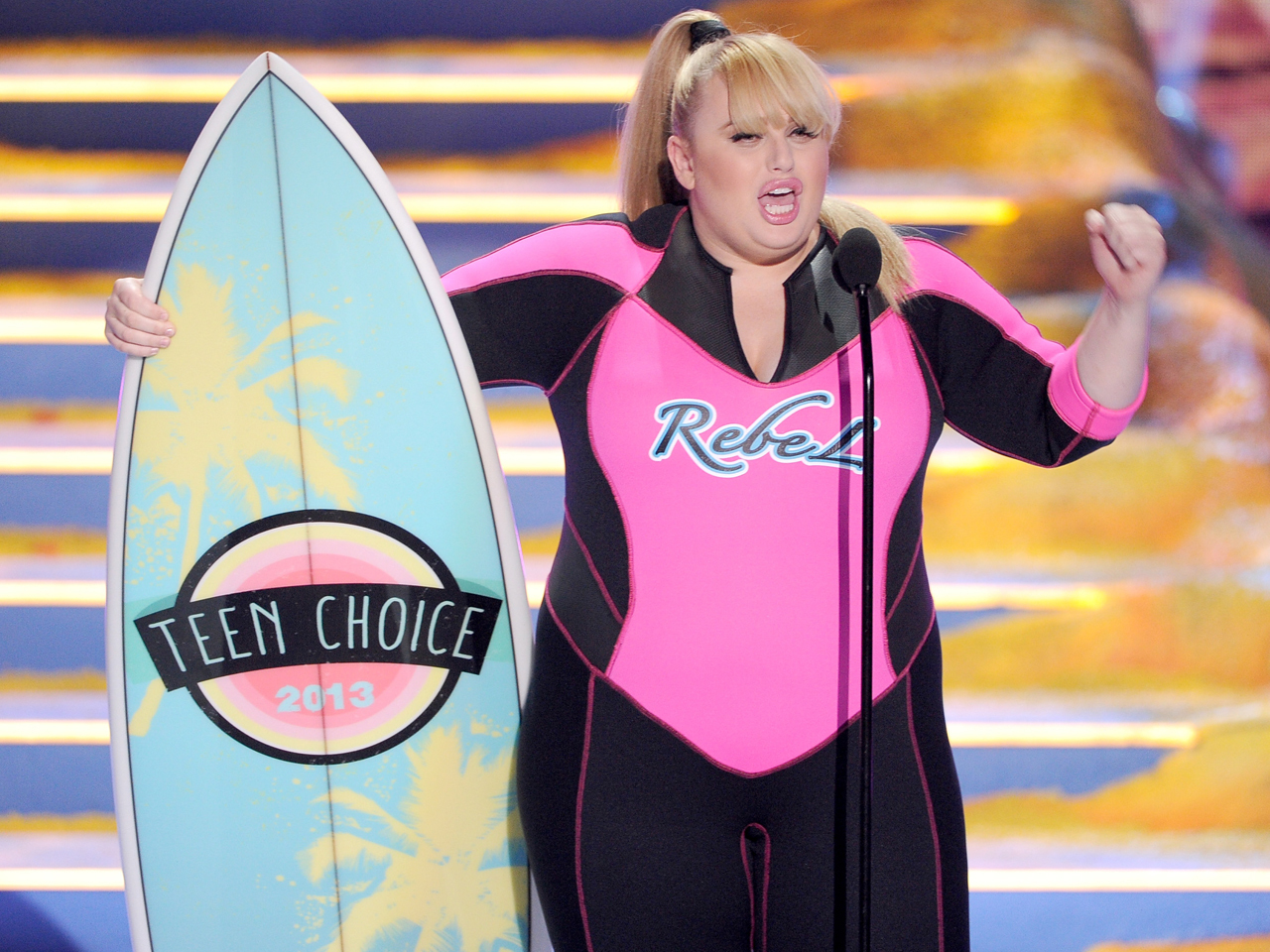 Lea Michele has made her first public appearance since the death of her "Glee" co-star and real-life boyfriend Cory Monteith last month, paying a tearful tribute to him as she accepted the award for choice TV actress in a comedy at Sunday's Teen Choice Awards.

"I just wanted to be here today to personally thank all of you and tell everyone out here how much all of your love and support as meant to me over these past few weeks," she told the audience, adding, "For all of you out there who loved Cory as much as I did -- I promise you we'll get through this together."

Other members of the show's cast spoke of Monteith as they accepted the award for choice TV comedy.

"Cory was like a brother to us," Amber Riley said. "He was always ready to sign an autograph or take a picture with a fan, and he loves you Gleeks." "

Co-star Jenna Ushkowitz added: "We know that Cory would have wanted us to dedicate this award to you guys."

The awards show kicked off in appropriate fashion on Sunday night with a performance by the members of One Direction, who sang their latest hit "Best Song Ever" as confetti rained down on the stage. Hosts Darren Criss ("Glee") and Lucy Hale ("Pretty Little Liars") then invited the group back out to accept a slew of awards, including choice tour and love song.

"Pitch Perfect" won for favorite movie comedy, and co-stars Rebel Wilson and Skylar Astin won for choice actress and actor in a comedy. Wilson accepted her award while wearing a wetsuit. (The winners take home a full-size surfboard rather than a conventional trophy.)

"I'm so happy I won, you guys," she said. "Or else I'd be really embarrassed wearing this wetsuit."

Ashton Kutcher was presented with the Ultimate Choice Award by his "Jobs" co-star, Josh Gad. The "Two and a Half Men" star joked that the lifetime achievement honor was the "old guy award."

With categories including best lip lock and male hottie, the annual awards aren't exactly profound, but what they lack in depth they make up for in passion from their fans.

Heading into the awards show, the musical comedy "Pitch Perfect" led the pack with 11 nominations, followed by "The Twilight Saga: Breaking Dawn - Part 2" with nine.