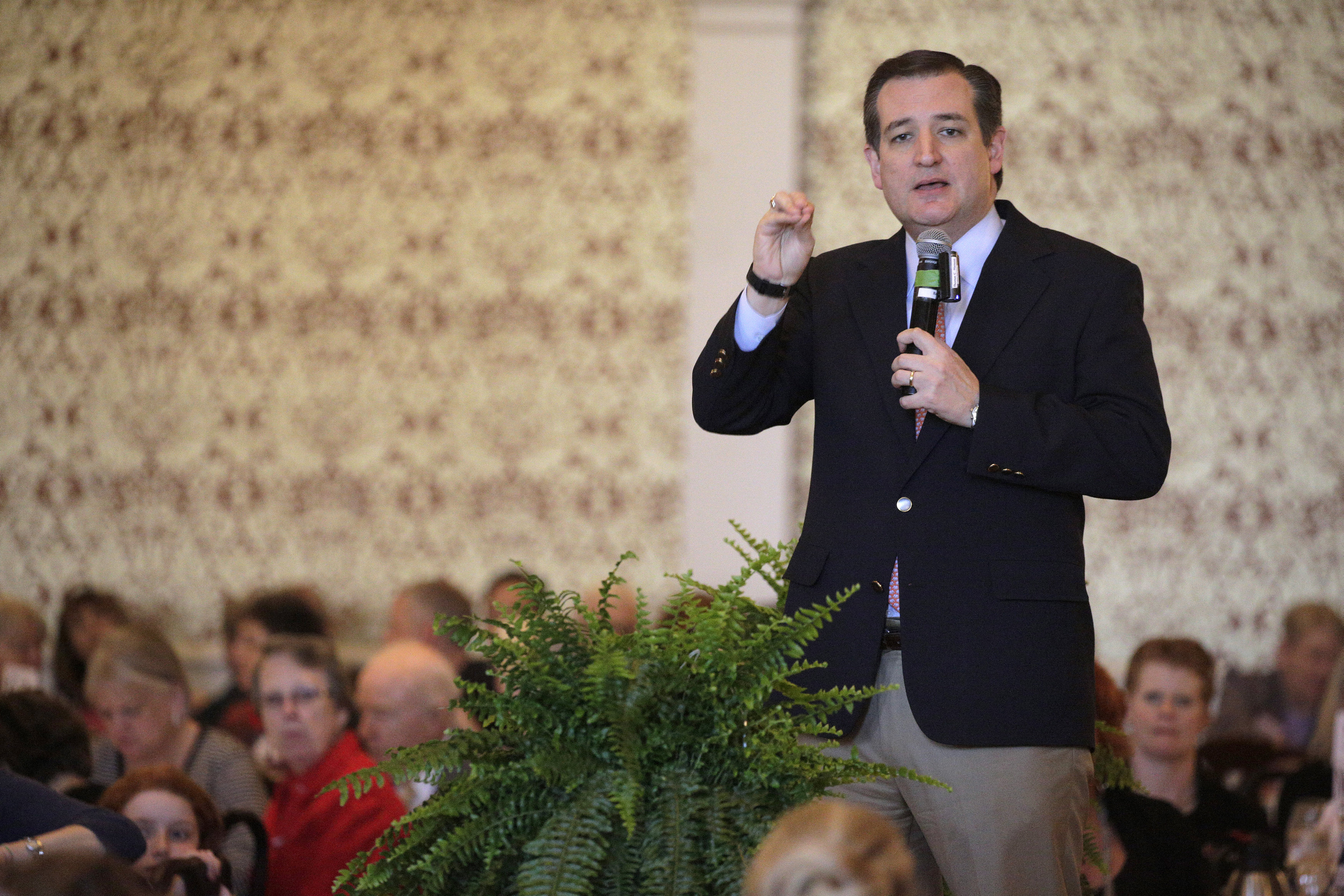 Earlier in the day, Cruz slammed Mr. Obama for being "unwilling" to attend Scalia's funeral, but still planning to travel to Cuba.

The White House announced Wednesday that the president would skip the funeral, and instead, he and first lady Michelle Obama would pay their respects when Scalia lies in repose at the Supreme Court on Friday. Vice President Joe Biden and his wife Jill Biden are slated to go to the funeral instead.

Other GOP candidates may also be missing the funeral because South Carolina's Republican primary is scheduled for Saturday.

The funeral mass for the associate justice, who died last weekend, will be held at 11 a.m. Saturday at the Basilica of the National Shrine of the Immaculate Conception in Washington, D.C. There will be a private burial.

Scalia, 79, was found dead last Saturday in his room at a West Texas resort. A spokesperson for the U.S. Marshals Service said he appeared to have died of natural causes.