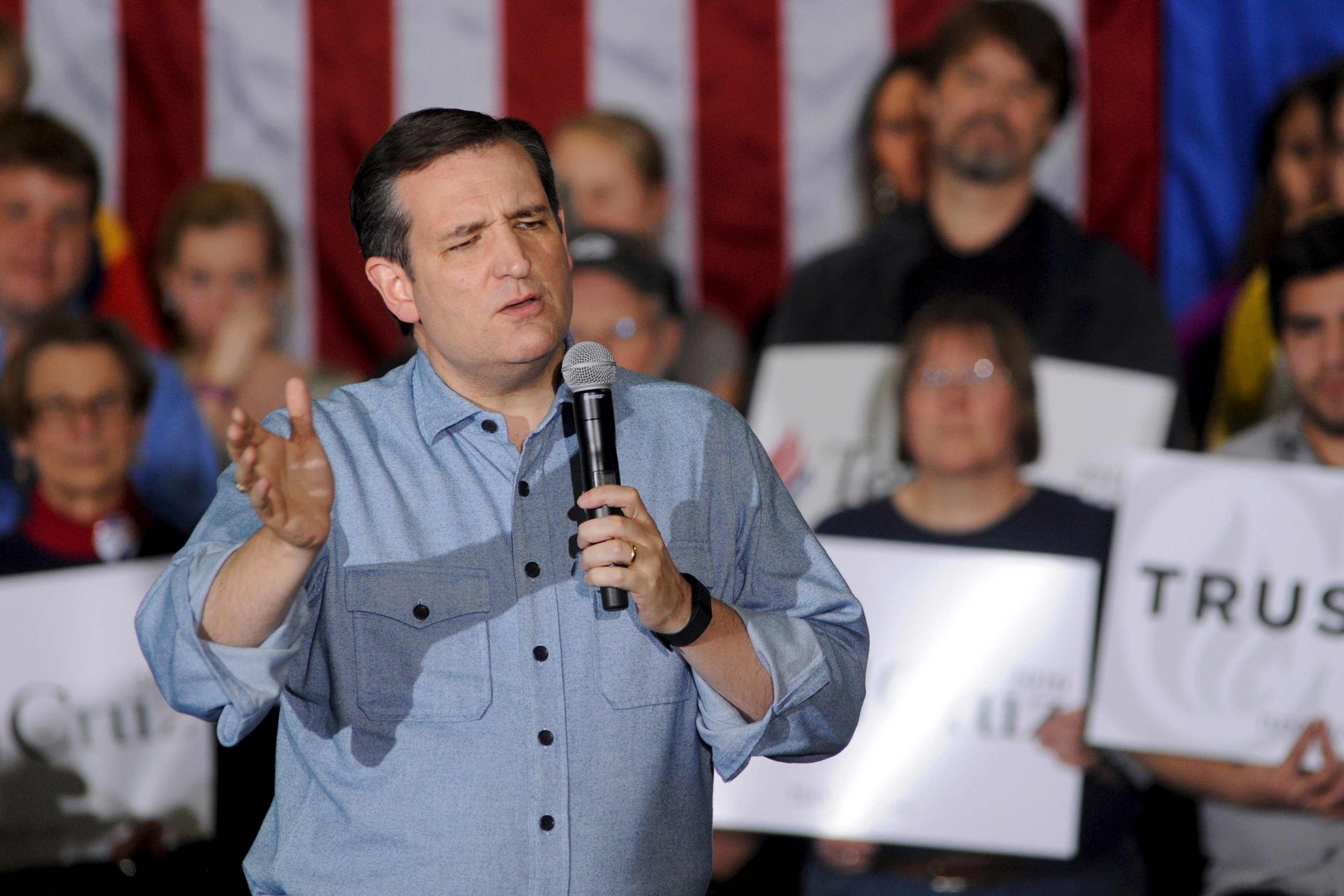 Early in his presidential campaign, Ted Cruz ran on a strategy of winning the support of evangelical conservatives, but the GOP candidate on Tuesday said he doesn't want people to vote for him because of his faith.

"With me as with many people in America, my faith is an integral part of who I am," Cruz said in a Milwaukee, Wisconsin town hall televised by CNN. "I'm a Christian, I'm not going to hide that... but I also think those in politics have an obligation not to wear their faith on their sleeve."

He added that "far too many politicians" behave "like they're holier than thou," taking a swipe at candidates who claim they were directed by God to run for office. "When God tells me to vote for you, we'll be on the same page," he said to laughs.

"I'm not asking you to vote for me because of my personal faith in Jesus Christ," he said, but because he has "spent a lifetime fighting to defend the Constitution and the Bill of Rights."

He called the Bill of Rights a "unifying principle that can bring us together" and which protects all Americans regardless of faith.

Cruz put strong emphasis Christian values early in his campaign, ahead of nominating contests in places like Iowa and the South, where evangelicals made up a large part of GOP voters. "When it comes to evangelical Christians, I can tell you we are working very, very hard to energize and motivate and awaken the body of Christ," he said in Iowa back in January.

On Super Tuesday at the beginning of March, Cruz did perform well among evangelicals in multiple states. However, he hasn't been able to appeal to evangelicals as much in other parts of the country. For example, he lost the white evangelical vote to Donald Trump in Alabama, Massachusetts, Tennessee and Virginia.

Trump, for his part, has called Cruz's evangelical faith into question. Earlier this month, Trump said, "Evangelicals are with me because they know one thing about me -- I'm not a liar. But Ted Cruz, he walks in, Bible high, Bible high, puts it down, and he starts lying."