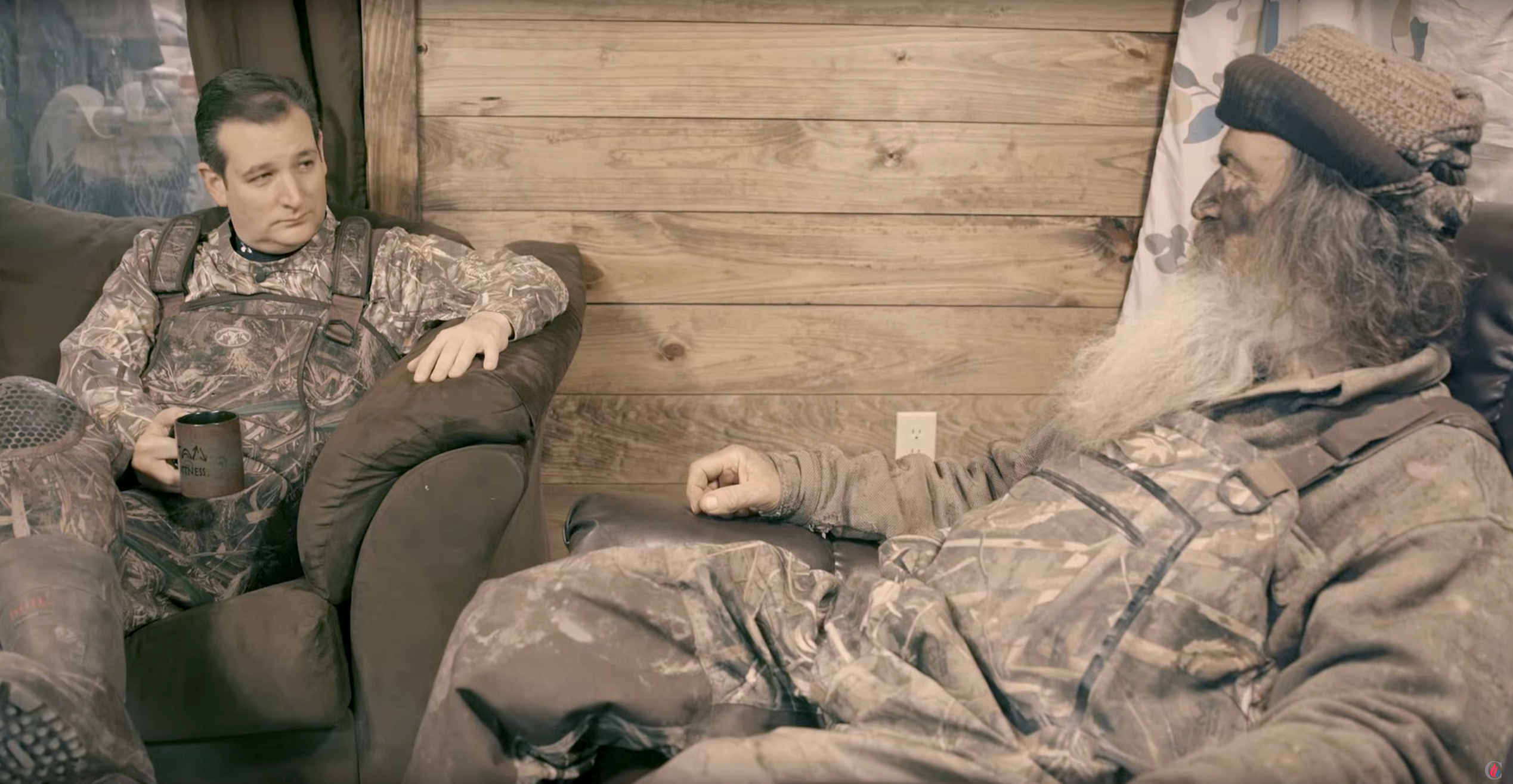 Decked in face paint and camo fatigues, "Duck Dynasty" patriarch Phil Robertson ticks off his requirements for a presidential candidate in a new video.

"My qualifications for president of the United States are rather narrow," Robertson tells the camera. "Is he or she godly? Does he or she love us? Can he or she do the job? And finally: Will they kill a duck and put 'em on a pot and make 'em a good duck gumbo?"

Texas Sen. Ted Cruz apparently fits Robertson's bill -- and the duo goes off to shoot at some ducks in the video to prove it.

The leader of the "Duck Dynasty" clan officially announced his 2016 endorsement of Cruz in the campaign spot released Wednesday.

Robertson noted that Cruz is "godly, he loves us, he's the man for the job." And yes, the veteran avian hunter emphasizes: "He will go duck hunting."

Cruz, who appears in the campaign video similarly wielding a shotgun and dressed in hunting garb, currently leads the Republican pack in Iowa polls, less than three weeks until the state's caucuses on Feb. 1.

A nod from the conservative Robertson clan, whose A&E show about its family duck hunting business in the backwoods of Louisiana is entering its ninth season this year, makes sense for the GOP contender courting the evangelical vote.

"The Robertsons are a strong family of great Christian faith and conservative values," Cruz said, according to Fox News.

Since their rise to silver screen fame in 2012, members of the "Duck Dynasty" family have become increasingly outspoken voices on conservative social issues.

The Robertson family has been involved in anti-abortion causes, with some making appearances at such summits as the National Right to Life convention. Phil Robertson was also briefly suspended from the hit A&E program two years ago after comments he made regarding the "sin" of homosexuality drew intense media backlash.

But while the Robertson family may be united in their right-leaning ideals, it could be split on who to vote on to the Republican ticket this year.

Last September, Phil's son, Willie Robertson, appeared at a Donald Trump rally in Oklahoma City and promised his ballot would be saved for the current GOP front-runner.

"I do like me some Trump," the younger Robertson said at the time,"I gotta admit."