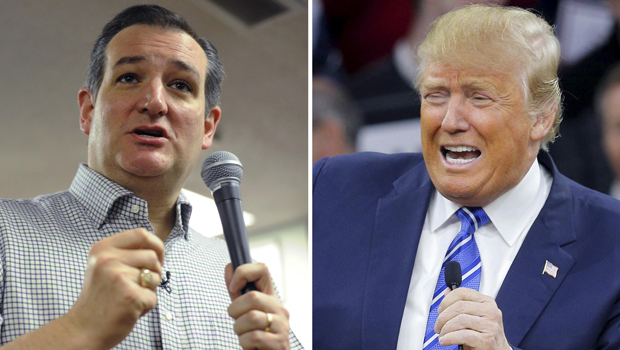 It took less than 48 hours for the death of Supreme Court Justice Antonin Scalia to make its way into an attack ad in the 2016 election, with Texas Sen. Ted Cruz warning that businessman Donald Trump cannot be trusted to nominate Scalia's replacement.

In a new television ad entitled "Supreme Trust," a narrator ticks off a list of issues that have come before the Supreme Court.

"Life, marriage, religious liberty, the Second Amendment. We're just one Supreme Court justice away from losing them it all," the narrator says.

The ad then cuts to footage from Donald Trump's interview on "Meet the Press" in 1999 where he says, "I'm very pro-choice" and says he would not ban partial-birth abortions.

"We cannot trust Donald Trump with these serious decisions," the narrator warns. See the ad here:

The Republican candidates agree that the Senate should block President Obama from naming a successor to Scalia until a new president is elected, but Cruz opened up a line of division on just who would be qualified to pick a new justice. Cruz has made Trump's past support for abortion rights a frequent issue in the 2016 campaign, and it is likely an effective line of attack in the evangelical-rich state of South Carolina. Voters go to the polls Saturday.