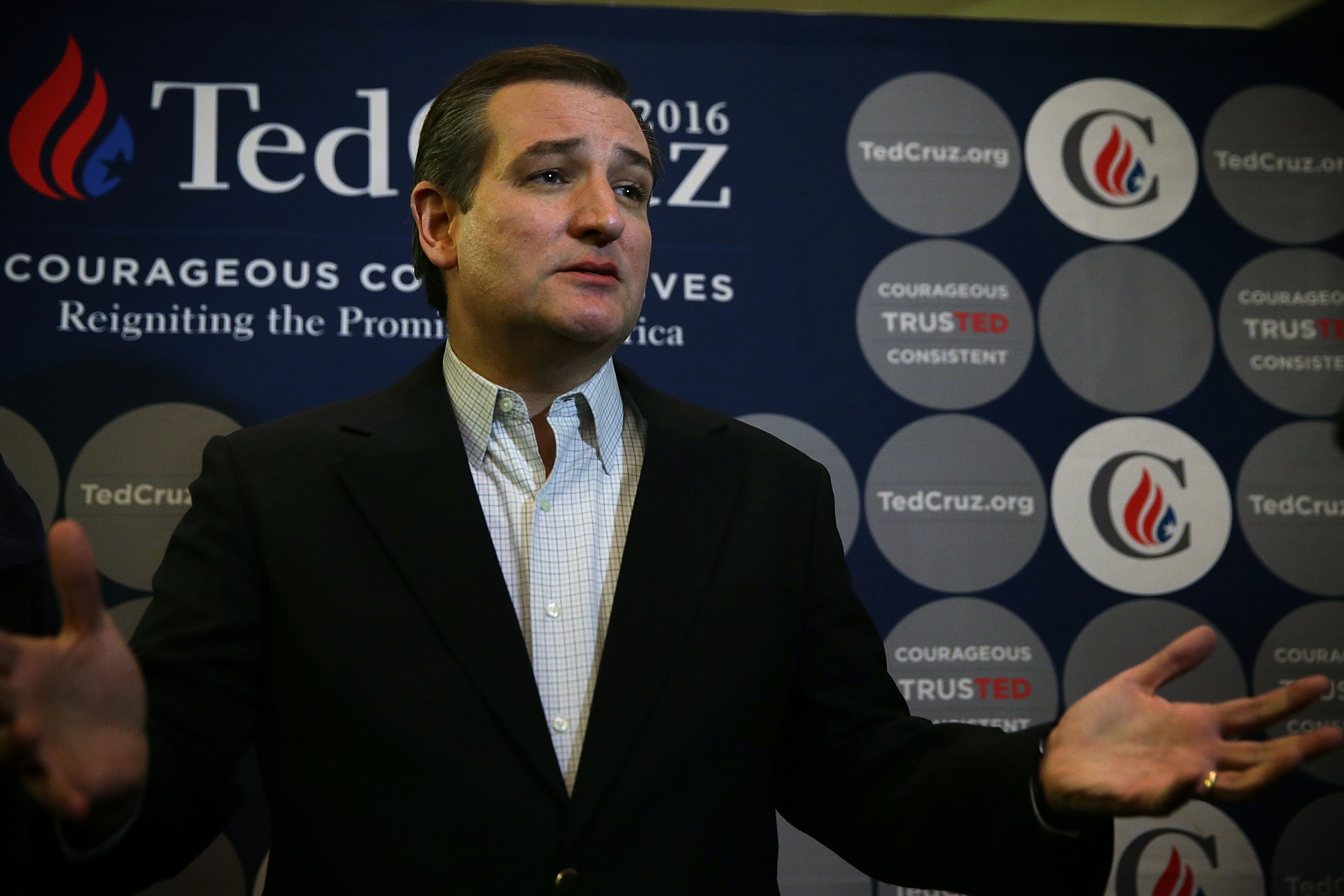 Sen. Ted Cruz on Monday said Donald Trump's openness to the idea of impeaching President George W. Bush for the Iraq war was "an extreme and radical position."

Speaking to reporters ahead of a rally in Aiken, South Carolina, Cruz went after Trump's comments from the CBS News GOP presidential debate on Saturday night in which he attacked the former president.

"On Saturday, one of the strangest moments was when Donald Trump repeatedly attacked George W. Bush and defended his position seeking to impeach George W. Bush," Cruz said Monday. "Now, when he was arguing for the impeachment of George W. Bush, that was not a reasonable position. That was an extreme and radical position and Trump on the debate stage said, well, he thinks George W. Bush made a mistake in Iraq."

"Well, under the constitution, you do not impeach a president for a mistake. The constitutional standard for impeachment is high crimes and misdemeanors," Cruz added.

At Saturday night's debate, moderator John Dickerson alluded to a CNN interview Trump did in 2008 in which he said he was surprised that Democratic Leader Nancy Pelosi, D-California, didn't try to impeach Bush, which Trump said, "personally, I think would have been a wonderful thing."

Asked whether he still believes Bush should have been impeached, Trump did not answer the question directly and instead said he gets along with everyone as a businessman.

"Obviously, the war in Iraq was a big, fat mistake, all right? Now, you can take it any way you want," he eventually said. "So George Bush made a mistake. We can make mistakes. But that one was a beauty. We shoulda never been in Iraq."

During the debate, Trump also pointed out that The World Trade Center came down under President Bush.

On Monday, Cruz also attacked Trump's sister, Maryanne Barry, who he said was appointed by President Bill Clinton to be a federal appellate judge.

"Donald's sister was a Bill Clinton-appointed federal appellate judge who is a radical pro-abortion extremist," Cruz said. "Indeed, she wrote an opinion striking down restrictions on partial birth abortion, saying that restricting partial birth abortion was irrational. Even among liberal judges, that position is extreme, and Donald said, his extreme, abortion-supporting sister would make a terrific Supreme Court justice."

Trump backed away from that statement on Sunday, saying he suggested it as a joke.