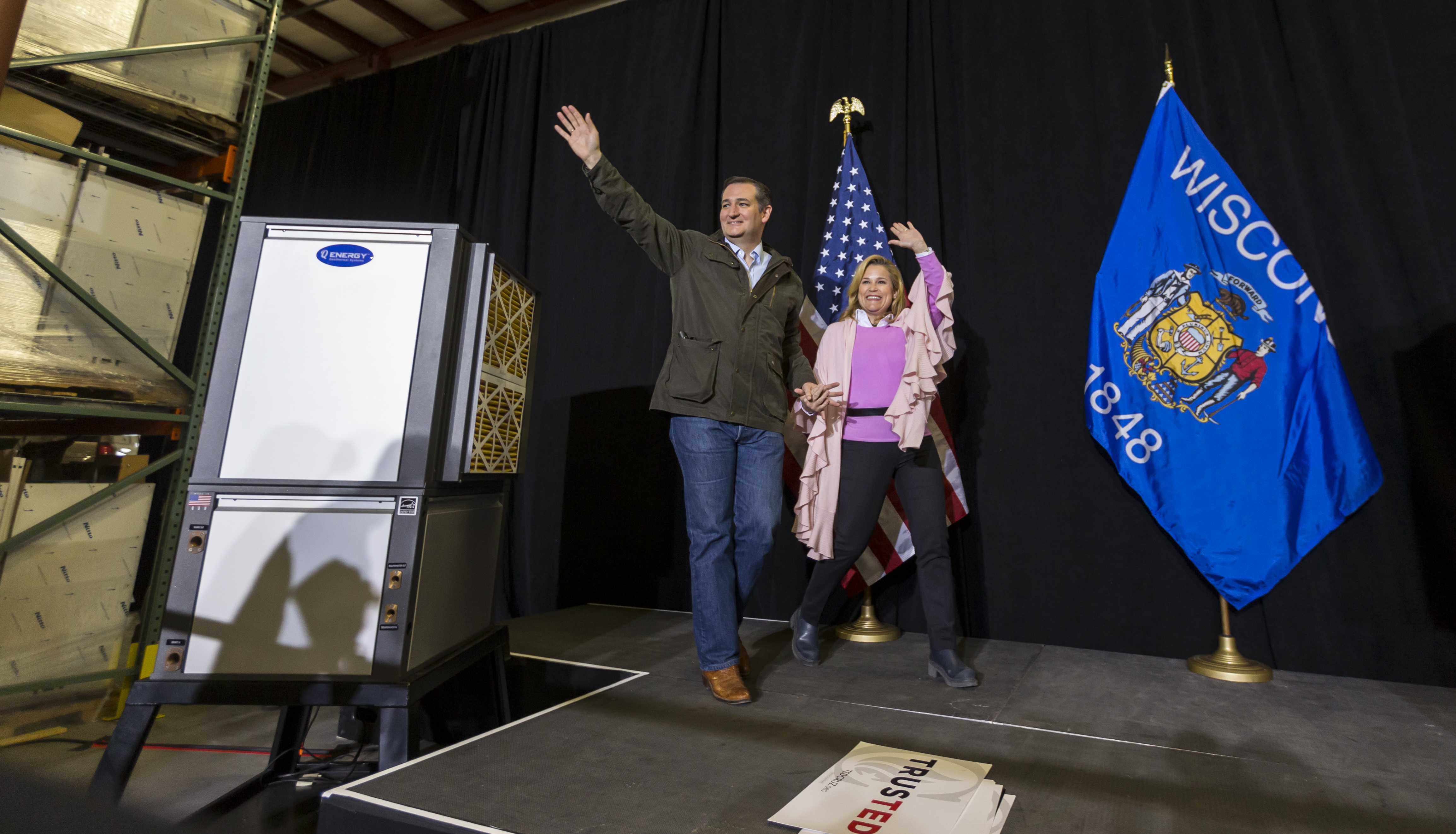 "It's not easy to tick me off," Cruz told reporters Thursday while on a tour of a Wisconsin manufacturing plant. "I don't get angry often. But you mess with my wife, you mess with my kids -- that'll do it every time. Donald, you're a sniveling coward and leave Heidi the hell alone."

On Thursday, the GOP front-runner reposted a tweet with photos comparing his own wife, Melania Trump, with Heidi Cruz. The caption read: "The images are worth a thousand words."

In an appearance late Wednesday on CNN, Trump spokesperson Stephen Miller said the New York businessman "responded as any normal person would" to what they believed was a "vicious, mean-spirited, uncalled-for attack on Mr. Trump's wife."

Miller had been referring to an attack ad -- launched by an anti-Trump super PAC in Utah the day of the state's nominating caucuses earlier this week -- that featured a risque photo of Melania Trump. The billionaire believed Cruz was behind the ads, though the unaffiliated "Make America Awesome Again" PAC claimed responsibility. On Twitter, Trump threatened to "spill the beans" about Cruz's wife in retaliation.

The Texas senator condemned Trump's reactions as the work of a "big, loud New York bully."

"Donald has a very unfortunate habit. When he gets scared, he lashes out," Cruz said Thursday. "And he insults and attacks whoever is standing near him."

Cruz further speculated that "Donald does seem to have an issue with women...Donald doesn't like strong women. Strong women scare Donald."