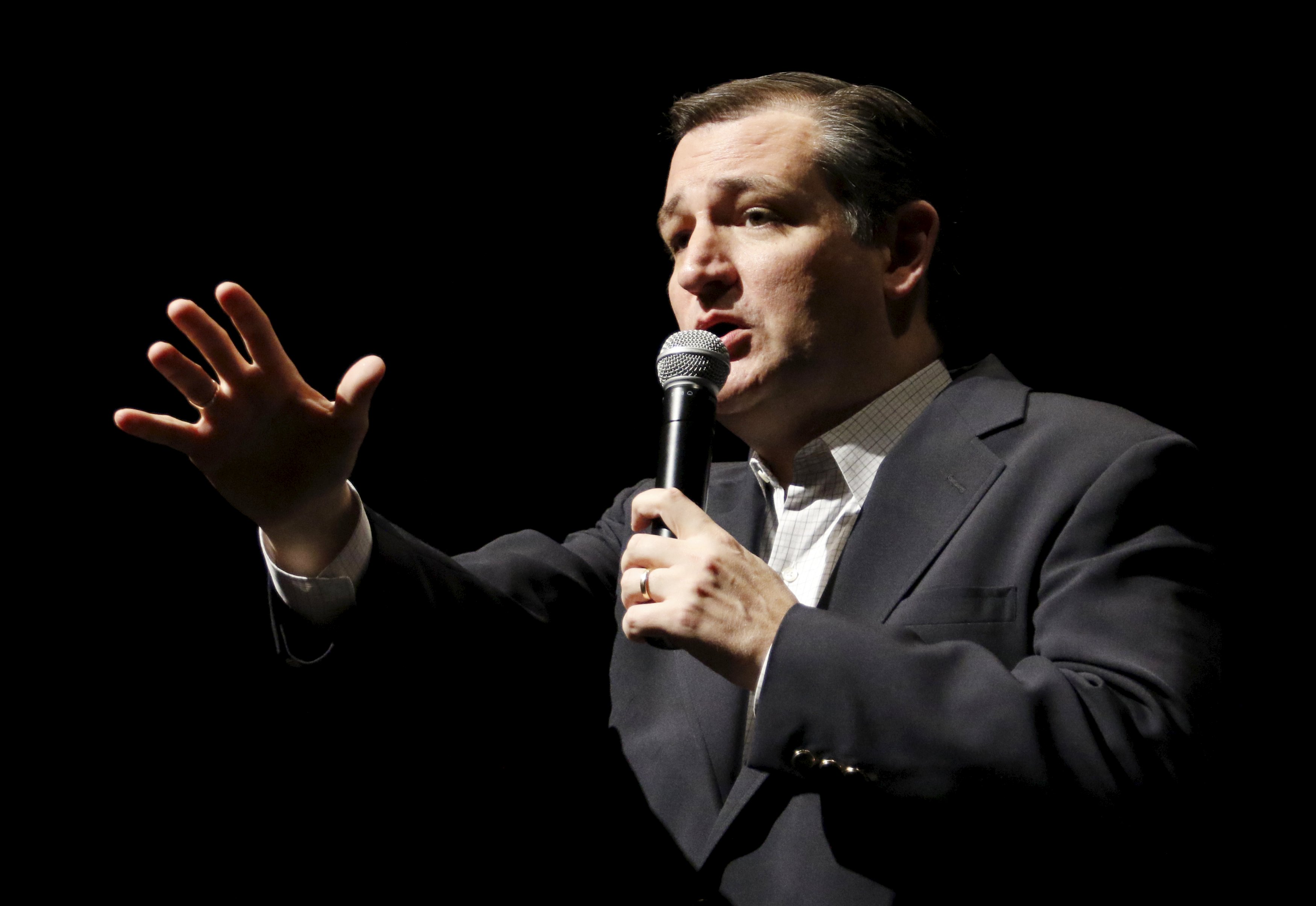 Ted Cruz on Friday said that a brokered Republican National Convention in July "ain't gonna happen," but the presidential candidate and Texas senator also appeared to be open to forming a unity ticket with Marco Rubio.

Cruz said that if the Washington establishment tried to steal the nomination from the GOP front-runner, currently Donald Trump, it could cause a revolt. That's why he emphasized how important it is for him to win the 1,237 delegates needed to clinch the nomination.

"If you want to beat Donald, [the] way to do it is [to] come together behind this campaign," he said.

In response to a question from CBS News' Alan He about whether Cruz would be open to a Cruz-Rubio GOP ticket with Cruz as president, Cruz didn't rule it out. Without directly addressing the suggestion, he said, "No doubt, if we remain divided, Trump wins."

After Republicans faced off at their debate Thursday night, Ohio Gov. John Kasich told CBS News' chief White House correspondent Major Garrett that he predicts a contested convention could happen if he wins his home state in the March 15 primary.

"Frankly, if I win Ohio, we're probably gonna end up in a convention -- a brokered convention -- and then we're gonna find out who the adult is," Kasich said.

If Trump continues to expand his delegate lead, a brokered convention becomes much less likely. But if his rivals remain in the race, the chances could increase. According to CBS News' latest count, Trump has 324 delegates, Cruz has 230 and Rubio has 111. A candidate needs 1,237 delegates to win the nomination.

After Cruz won four states on Super Tuesday this week, some Republicans, including Sen. Lindsey Graham, R-South Carolina, began to wonder if Cruz is their last chance to beat Trump. Some conservatives have even floated the idea of Cruz and Rubio teaming up to form a unity ticket before the winner-take-all states on March 15, but they would have less than two weeks to coordinate it.

Chatter about a contested convention has been going on since December when GOP officials began to prepare for the possibility. Technically, the convention would become brokered if none of the presidential candidates is able to secure enough delegates to win the nomination on a first-ballot vote at the convention. If that were to happen, delegates would hold more rounds of voting until a nominee is chosen.

The GOP's last brokered convention was in 1948, although the party was close to a brokered convention in 1976. While incumbent President Gerald Ford did not have enough delegates going into the convention that summer, he was able to secure the nomination against challenger Ronald Reagan on the first ballot.