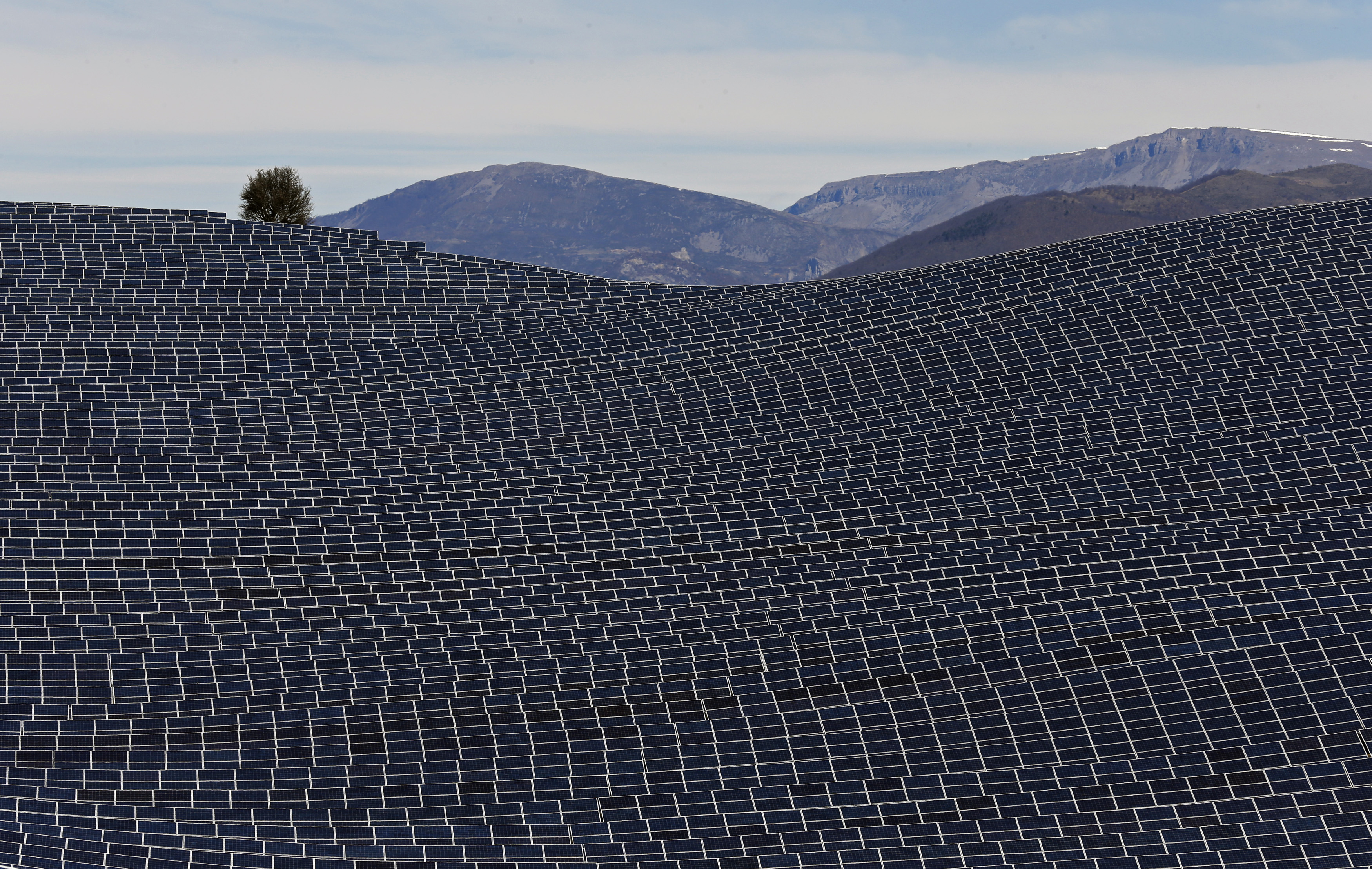 When President Obama spoke at a news conference at the end of his two-day appearance at the COP21 climate conference in Paris, he stressed the need to seek innovative solutions to combat climate change.

"I actually think we're going to solve this thing," he said. "We have to push away fear and have confidence that human innovation, our values, our judgment, our solidarity, it will win out."

Many experts believe seeking innovative solutions is key to making a dent in carbon emissions and ensuring that Earth doesn't eventually warm to catastrophic levels, commonly considered anything beyond the threshold of 2 degrees Celsius above the average temperature from before the Industrial Revolution.

It won't be easy. The U.S. Energy Information Administration's 2013 Internal Energy Outlook reported that, if new policies are not put into place, global energy-related carbon dioxide emissions will total up to 36.4 billion metric tons in 2020 and could shoot as high as 45.5 billion metric tons by 2040.

What could possibly turn the tide? In "Climate 101: Introduction to Climate Change," a 2015 paper from the Center for Strategic and International Studies, the authors explain two main approaches to the problems posed by climate change: mitigation and adaptation. Mitigation refers to efforts to limit further global warming, while adaptation refers to implementing policies and innovations to respond to the warming conditions.

"You absolutely have to have both (mitigation and adaptation)," Sarah Ladislaw, one of the paper's authors and the director and senior fellow at the CSIS Energy and National Security Program, told CBS News. "For a long time, people thought about those things as separate issues."

Electric vehicles, already increasingly common on the roadways, and rows of wind turbines generating clean energy are two of the more recognizable technological solutions for climate change, but there are other, still developing options that could make a difference in the years ahead.

Here are three technologies that aim to be disruptors in the energy world, creating sustainable solutions to re-route the path of climate change.

Solar and wind-harnessed power sources have been growing in popularity over the past few years, and the cost of producing solar power has come way down. As the push for solar has grown, researchers have been looking for ways to more widely distribute the technology. For instance, scientists at the University of California, Berkeley, developed a material with a nanostructure that absorbs as much light as the standard solar cells currently, but uses less semiconductor material. This could lead to lower-cost, more accessible solar cells.

From cheaper cells to solar panels that could produce energy at any time of the day -- not just during sunlight -- Boston College chemist Dunwei Wang developed a structure called a nanonet that converts sunlight into hydrogen gas that can be stored and then used for energy from day to night. How does it work? The nanonet, which consists of silicon and titanium, absorbs light and uses it to split water at a molecular level. The oxygen is released while the hydrogen is essentially harvested for later use.

Facilities like power plants and refineries are some of the largest, most damaging emitters of carbon dioxide. What if there was a way to capture up to 90 percent of carbon emissions from one of these energy generators, taking them out of the atmosphere, and then essentially burying them deep within the ground? Enter carbon capture and storage (CCS) technology, which aims to replicate how nature stores carbon dioxide.

This kind of technology separates carbon dioxide from the other gases produced from electricity generation, and then funnels that carbon through a pipeline or transports it by way of a ship and deposits it miles below the planet's surface in rock formations.

CCS is not without its critics. There are so many carbon-producing industrial sites around the world that the technology would have to be far more widely dispersed globally than it is now to have a tangible effect. Another criticism rests in the fact that the system that might essentially keep industrial carbon producers in business. If it's possible to just capture carbon and then bury it in the ground, there isn't as much pressure to reduce carbon emissions or do away with the structures that produce it. And so far, the system has only been tested at a handful of sites.

"It's necessary to prove that the economics of CCS make sense," Ladislaw said. "It's pretty large scale. So far it's so cost-prohibitive. You have to actually move the carbon dioxide around a pipeline, which on its own would inject an added cost on top of everything."

More theoretical than the others, solar radiation management is an approach that aims to block some of the sun's rays to reduce global warming.

The concept was inspired by a natural phenomenon. Back in 1991, the eruption of Mount Pinatubo in the Philippines saw 20 million tons of sulfur spew into the atmosphere, blocking sunlight so much that global temperatures dropped by about a half a degree Celsius in one year. That's right: a single volcanic eruption temporarily helped cool the planet one quarter of the fabled 2-degree benchmark climatologists are so wary of watching the planet cross.

How would this be volcanic phenomenon be replicated? Researchers envision spewing aerosols into the sky that could reflect damaging rays back toward the sun. Such schemes are also known as "albedo modification," albedo being the scientific term for the amount of sunlight reflected back to space.

A 2015 National Academy of Sciences report looked at the proposals to essentially give Earth's atmosphere some heavy-duty sunscreen and raised some grave concerns. For instance, the report notes that "present-day observational capabilities lack sufficient capacity to monitor the environmental effects of an albedo-modification deployment." In other words, we have no way of knowing what this might do to the Earth.

The report suggests that such a plan could only be considered in tandem with other steps to remove carbon dioxide or cut back on emissions, and could not be a solution by itself.

So what will define a successful approach to developing new energy technology and innovations to combat climate change?

"Cleary, in the current Paris climate change negotiations that are going on this week, you need to look out for two things, the first being policies that pull technologies that exist today into the market and the second involving investing more heavily in research and development in clean energy technologies that bring costs down and bring the (energy) market into the future," Ladislaw said.