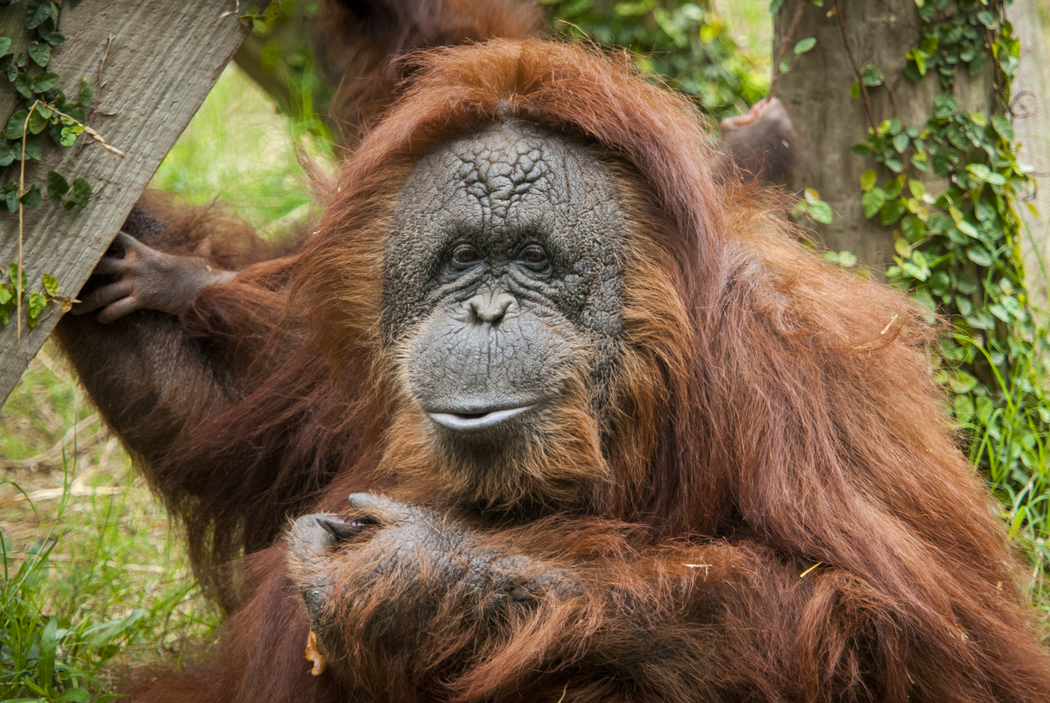 There are times when animals require the type of specialized medical care that is normally available only to humans. When Cheyenne, a 42-year-old orangutan at the Houston Zoo, became less active than usual and was not eating and drinking well, her keepers and Houston Zoos veterinarians asked specialists from the Texas Medical Center hospital system for help.

When the zoo's vets first analyzed Cheyenne's blood samples, they found evidence of immature white blood cells, which suggested that Cheyenne was suffering from some sort of potentially inflammation or infection.

"There was evidence of infection, possible muscle disease, evidence of urinary tract infection, she had multiple things going on that resulted in her being super sick," zoo veterinary doctor Lauren Howard, who oversaw the animals' care, told the Houston Chronicle.

The veterinarians therefore decided that they needed to consult with human doctors, Dr. Laurie Swaim and Dr. Creighton Edwards, who are both professors at Baylor College of Medicine and experts at Texas Children's Hospital Pavilion for Women.

Swaim told the newspaper that there was no question she would assist.

"Animals give us so much without even realizing what they do," Dr. Swaim said. "If there is a new drug, it's experimented on animals, so if there's some little modicum of something I can do to help them (I want to help)."

The doctors and a medical intern performed an exploratory abdominal surgery on Cheyenne to examine a mass previously detected by an X-ray.

The surgery did not find any abnormalities in her abdomen, but it turned out that Cheyenne needed a more stable intravenous line to help deliver fluids and medication. So a neonatal team of infusion experts from Texas Children's Hospital assisted with the insertion of an IV into a vein in the animal's ankle, taking extra care to prevent her from pulling it out.

The orangutan was kept slightly sedated throughout the two-week treatment and monitoring period, during which she received antibiotics, fluids and a sedative that prevented her from being too active. During this time, she stayed in a cushioned bed inside her recovery room in the orangutan night-house.

The veterinarians at the zoo knew that the animal had a condition that severely affected her kidneys and liver, but could not identify the cause of it. When Ben Taub Hospital intensive care specialist Dr. Venkata Bandi reviewed the animal's lab results, he concluded that despite the severity of her illness she could get better with continued care.

So, over the next few weeks, the zoo staff watched Cheyenne and took care of her, ensuring that her IV line was running properly and she was resting well. They even fed her pureed fruits and vegetables with a long-handled spoon and "milkshake" concoctions that included everything from vanilla soy milk to exotic juices, which she drank through a straw.

All these efforts seem to be paying off now as the animal is gradually improving. She has been reunited with her adoptive daughter, a young orangutan named Aurora, and has recently begun spending more time in the Wortham World of Primates orangutan habitat.