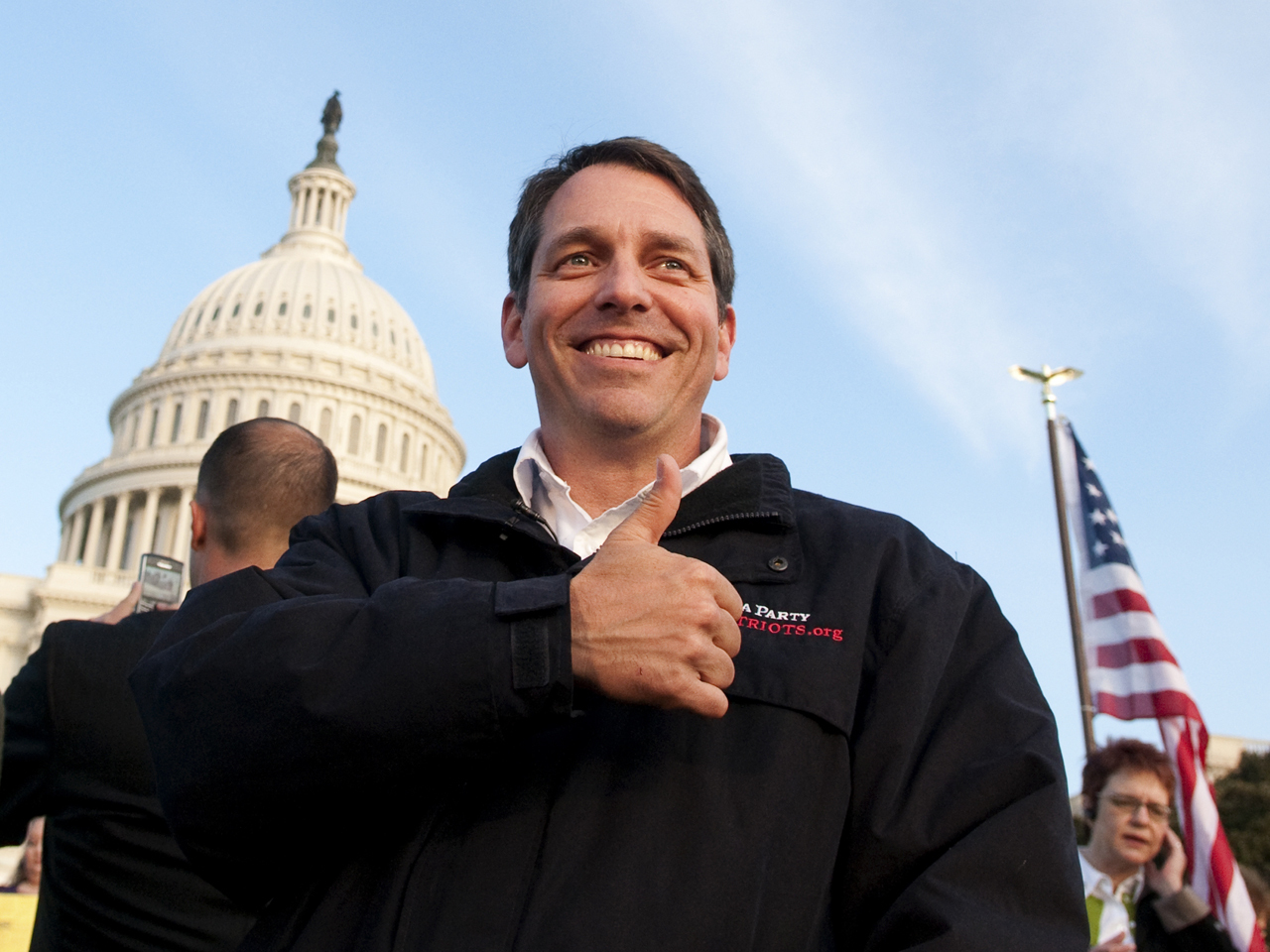 NEW YORK - A leader of a tea party group was arrested after he took a gun to LaGuardia Airport.

Tea Party Patriots co-founder Mark Meckler was taken into custody Thursday morning after he tried to check in for a Delta flight to Detroit with a locked gun box containing a Glock pistol and 19 cartridges of ammunition, Queens prosecutors said.

Meckler, 49, declared the weapon, as required, authorities said. He's licensed to carry the gun in Grass Valley, Calif., where he lives, but that license isn't valid in New York, which has strict rules on carrying concealed weapons, they said.

"He didn't have a correct understanding of the law," said Al Della Fave, a spokesman for the Port Authority of New York and New Jersey, which polices the area's main airports. "Though he has a permit to carry in California, that did not cover him in the state of New York."

Meckler spent the day in jail and was arraigned in Queens late Friday afternoon on a felony weapons possession charge. He was released pending a Jan. 12 court date.

The charge could carry prison time, but travelers who are arrested in such cases and appear to be trying to comply with the law typically pay fines.

The name of Meckler's attorney wasn't available Friday, and attempts to contact him by phone and electronic message were unsuccessful.

Man accused of posting threats to law enforcement after Mar-a-Lago search
Thanks for reading CBS NEWS.
Create your free account or log in
for more features.
View CBS News In
CBS News App Open
Chrome Safari Continue
Be the first to know
Get browser notifications for breaking news, live events, and exclusive reporting.