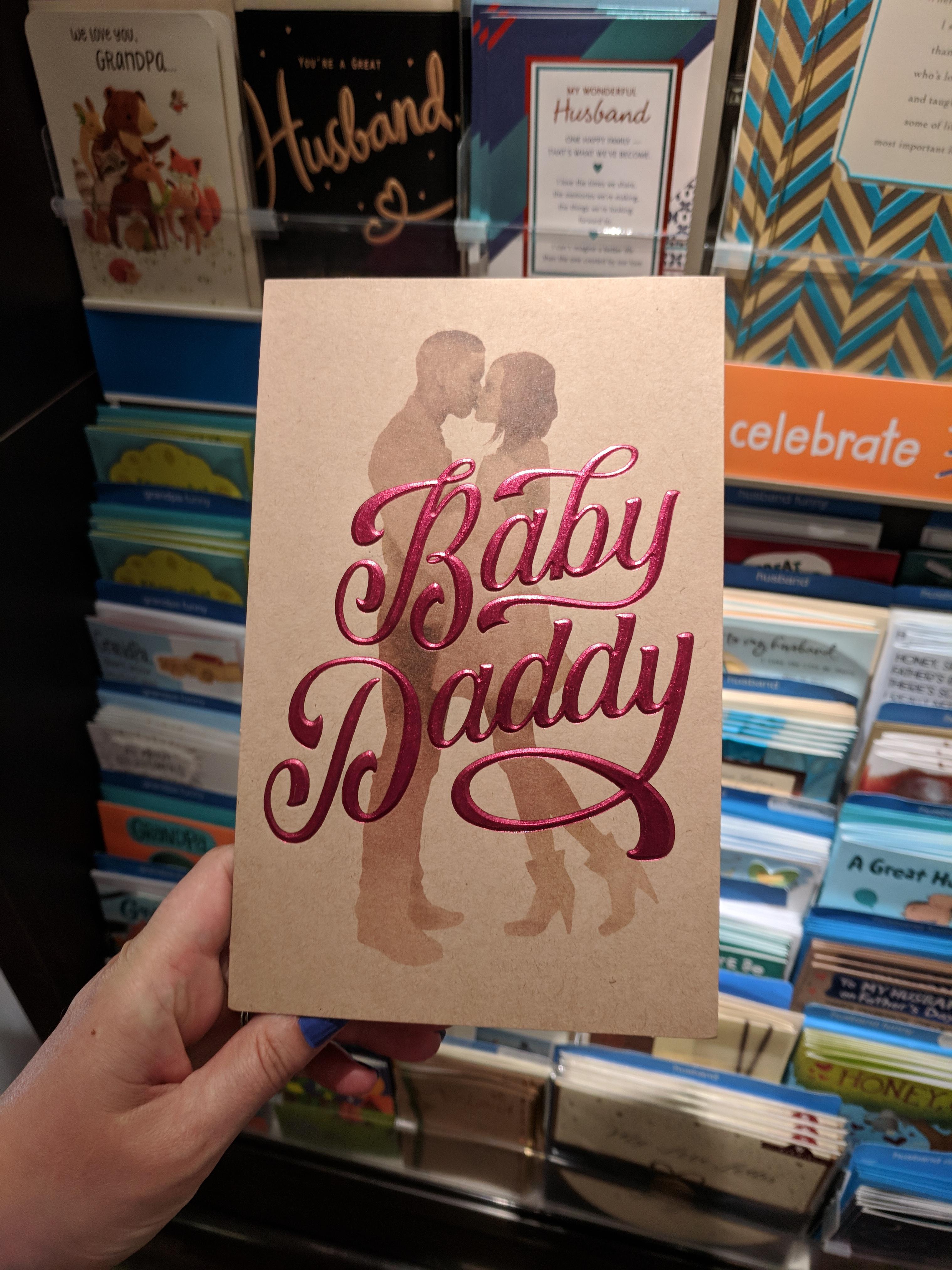 American Greetings, the world's biggest's producer of greeting cards, says an attempt at being "playful" missed the mark, and as a result it's pulling a Father's Day card from retail shelves nationwide.

The card in question, sold at about 5,300 big box, drug and grocery stores across the country, shows a black couple kissing with the phrase "Baby Daddy" in the forefront. Inside, the card reads: "You're a wonderful husband and father -- and I'm so grateful to have you as my partner, my friend, and my baby daddy! Happy Father's Day."

After coming across the card at a Target store last month, an angry Takeisha Saunders took to social media: ""You CANNOT be serious Target!!!! Really!!!?!!!!? This was the only Father's Day card that featured a black couple!!!!!!" noted the Dallas resident, who added the hashtags - #OurVoicesReally #NotMyNarrative #HowAboutHusband #HowAboutLove #HowAboutJustDad.

The post led to images of the card being circulated online, prompting a stream of commentary on social media and an attempt at making amends by American Greetings.

In response to the complaints, the card is being pulled from about 900 Target stores.

"We were made aware of some concerns about this card last week and are working with our vendor to have it removed from Target stores," said a spokesman for the retailer, which operates more than 1,800 stores nationwide. "We appreciate the feedback and apologize. It's never our intent to offend any of our guests with the products we sell."

American Greetings said that the discussion wasn't taking the wording inside the card into account, saying the copy makes clear that the card was "created for, and addressed to, a loving husband."

"However, we now see that the front page, taken out of context, can communicate an unintentional meaning that we are strongly against perpetuating," a company spokesperson emailed.

"We have notified our store merchandisers to remove the card from all retailer shelves and apologize for any offense we've caused," said the spokesperson.

Coke, Pepsi and the new front in the cola wars

Is it time to put a tax on meat?

Bringing up baby is a costly proposition