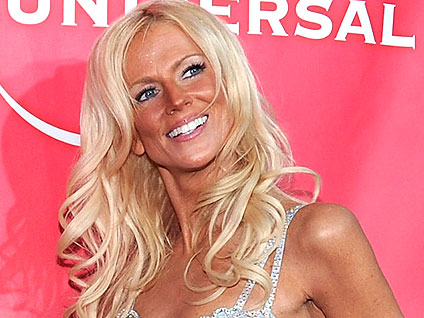 Yes, says husband and former "Real Housewives of D.C." star himself, Tareq Salahi, who claims his wife was abducted in Virginia Tuesday.

Salahi says he then got a phone call late last night from an Oregon phone number he didn't recognize. He also said that Michaele said she was going to her mother's house located only minutes away from the Salahi home, TMZ reports.

Becoming suspicious, Tareq tells the entertainment site, he called Michaele's mother who told him she hadn't spoken with Michaele and was unaware of her plans. That's when Tareq says he called the Warren County Sheriff's Dept. for help.

He tells TMZ that deputies told him Michaele already called them to say that she was fine, and that the couple is dealing with some "family issues." Tareq says he believes his wife was forced to make the calls. He says the Salahis have received death threats in the past.

Tareq, who says authorities are not taking the situation seriously,  is asking for help, TMZ reports.

He says, "It is our belief as of last night, that Michaele Salahi may have been kidnapped or abducted and being held under duress and forced to tell persons, including authorities she is okay."

The Salahis vaulted onto the national stage in Nov. 2009 when they crashed President Obama's first state dinner.