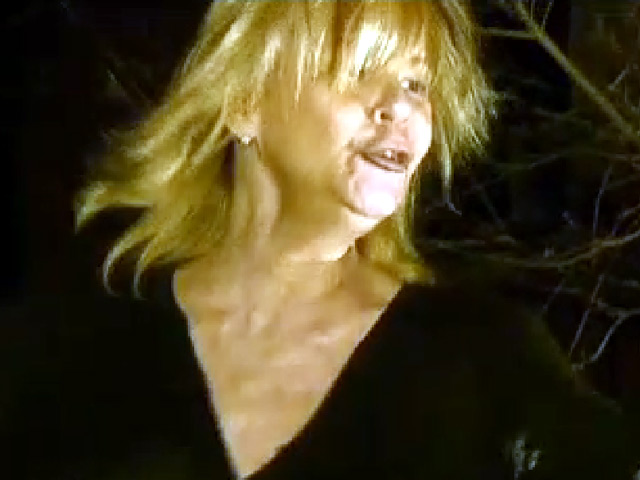 Krentcil, 44, addressed reporters outside of her Nutley, N.J. home Tuesday night by yelling, "Cha-ching!" Earlier in the day, prosecutors announced that she no longer faced a child endangerment charge on the tanning allegations.

And while she is satisfied with the outcome, Krentcil said she is still hurt.

"This turned into a biggest, ridiculous thing in the world," she said. "What this world did, this past year, made a mockery of me, and I don't appreciate that."

She said her life has been "a living hell" and she plans to move to London for a year to decompress and pursue modeling jobs while her husband and kids stay in New Jersey, according to CBS New York.

Krentcil became a tabloid sensation because of her own deep tan and professed love of tanning. She said Tuesday she will continue to tan.

"I like to tan," Krentcil said. "I don't think that's a crime and I'm still going to tan, and I don't care what anyone has to say."

Asked what she learned from the whole episode, she replied, "People suck."

Complete coverage of the Patricia Krentcil on Crimesider