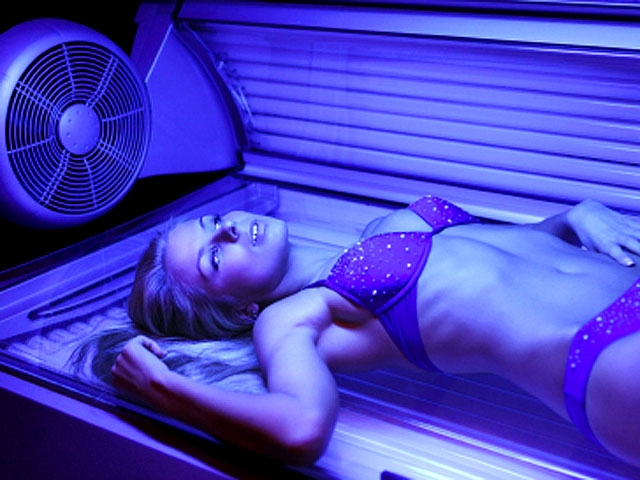 (CBS/AP) The health police are at it again. Their target? Tanning salons in California.

The bill is the first in the country to ban tanning among all minors. Texas already bans teens under 16 from using tanning beds, and 30 other states also have some age restrictions.

Under current Calif. law, children 14 and under in can't use the beds, but those ages 15 to 17 can do so with permission from their parents. Illinois, New York, Ohio and Rhode Island have considered an age limit similar to California's but have yet to enact them.

Lieu and his supporters also said that tanning is too popular in the state, especially in affluent areas of Southern California. He said there are more tanning salons in Los Angeles County than Starbucks or McDonald's outlets.

"Girls in affluent California communities especially are surrounded by the message that being tanned all year round is cool," Christina Clarke, spokesperson for the Cancer Prevention Institute of California, said in a recent statement. "Pop music star Katy Perry is even singing about it."

Lieu, in a statement praising Brown's decision, called skin cancer "a rising epidemic and the leading cause of cancer death for women between 25 and 29."

The measure was sponsored by the California Society of Dermatology and Dermatological Surgery and the AIM at Melanoma Foundation, and backed by other medical organizations and health insurers.

What does the tanning industry have to say? A spokesperson for the Indoor Tanning Association said the ban will hurt businesses, many of which are owned by women. About 5 to 10 percent of its members' customers are under 18.

The organization said tanning salons are already regulated by California's Department of Consumer Affairs and the FDA - regulations it called the most stringent in the country.

Do you think California's health police have gone too far trying to protect teens?