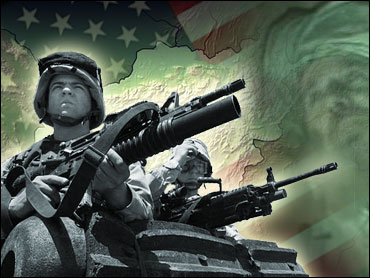 The U.S. military said Wednesday it found "repugnant" and would investigate a television report that claimed U.S. soldiers in Afghanistan burned the bodies of two Taliban fighters and then used the action to taunt other Islamic militants.

The Afghan government has already launched an investigation into the incident, a spokesman says.

Afghanistan's government demanded that those responsible be punished, and top Islamic clerics warned that anti-American demonstrations could break out.

Australia's SBS television network broadcast video footage that purportedly showed U.S. soldiers burning the bodies of the suspected Taliban fighters in the hills outside the southern village of Gonbaz, near the former Taliban stronghold of Kandahar.

The network said the footage was taken by a freelance journalist, Stephen Dupont, who told The Associated Press he was embedded with the 173rd Airborne Brigade of the U.S. Army earlier this month.

Dupont has published a book of photographs and had work exhibited in galleries. He said the burnings happened on Oct. 1.

In the footage, which was seen by the AP, two soldiers who spoke with American accents later read taunting messages that the SBS said were broadcast to the village, which was believed to be harboring Taliban soldiers.

Dupont said the soldiers responsible for the taunting messages were part of a U.S. Army psychological operations unit.

The U.S. military said the Army Criminal Investigation Division had opened an investigation into alleged misconduct that included "the burning of dead enemy combatant bodies under inappropriate circumstances."

"This alleged action is repugnant to our common values," Maj. Gen. Jason Kamiya said in a statement from the U.S. base in Bagram, Afghanistan. "This command takes all allegations of misconduct or inappropriate behavior seriously and has directed an investigation into circumstances surrounding this allegation."

"This is against Islam. Afghans will be shocked by this news. It is so humiliating," said Faiz Mohammed, a Muslim leader. "There are very, very dangerous consequences from this. People will be very angry."

Gen. Mohammed Zahir Azimi, spokesman for the Afghan Defense Ministry, said those responsible must be punished.

Police in Shah Wali Kot district, where Gonbaz village is located, said hundreds of Taliban rebels are believed to be hiding in camps in the mountainous region.

"It is a near certainty that the Taliban will ambush vehicles in this area," said Abaidullah Khan, the district police chief. "We only go there with American forces. It's not safe otherwise."

Shortly after the bodies were burned, the soldiers from the psychological operations unit allegedly read out taunting messages about the act over a loudspeaker to the nearby village, according to a transcript of the program.

"Taliban, you are all cowardly dogs. You allowed your fighters to be laid down facing west and burned. You are too scared to come down and retrieve their bodies," said one message read in the local dialect by a soldier, according to the show's transcript.

The footage did not show the messages being broadcast, though it did show that some military vehicles were fitted with speakers and playing loud music.

Dupont told the AP the messages had been broadcast in the local dialect but were translated into English for him by members of the Army psychological operations unit.

He declined to provide further information, however, saying his agent was now handling all queries about the footage.

Cremation of bodies is not part of Islamic tradition, which calls for remains to be washed, prayed over, wrapped in white cloth and buried within 24 hours.

Dupont said the soldiers who burned the bodies said they did so for hygiene reasons. However, Dupont said the incendiary messages later broadcast by the U.S. army psychological operations unit indicated they were aware that the cremation would be perceived as a desecration.

"They used that as a psychological warfare, I guess you'd call it. They used the fact that the Taliban were burned facing west (toward Mecca)," Dupont told SBS. "They deliberately wanted to incite that much anger from the Taliban so the Taliban could attack them ... . That's the only way they can find them."

The SBS report suggested the deliberate burning of bodies could violate the Geneva Conventions governing the treatment of enemy remains in wartime. Under the Geneva Conventions, soldiers must ensure that the "dead are honorably interred, if possible according to the rites of the religion to which they belonged."

Furthermore, the rules state that bodies should not be cremated, "except for imperative reasons of hygiene or for motives based on the religion of the deceased."