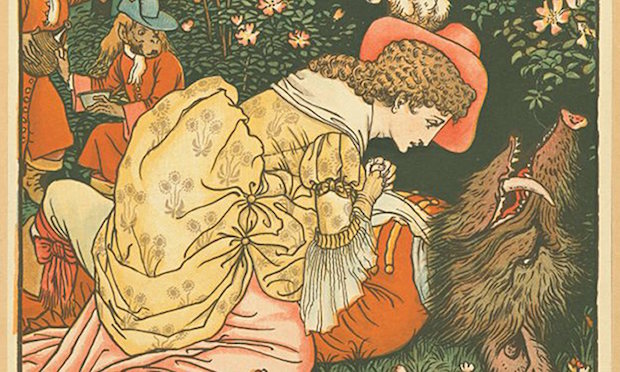 When recalling popular fairy tales, most people think of authors from the 19th century like the brothers Grimm or Hans Christian Andersen. But new research finds that popular stories like "Jack and the Beanstalk," "Rumplestiltskin" and "Beauty and the Beast," can be traced back to ancestral populations that lived thousands of years ago.

Jamshid Tehrani, an anthropologist at Durham University in the United Kingdom, and Sara Graça da Silva from the Institute for the Study of Literature and Tradition at the New University of Lisbon, looked at similarities in 275 "Tales of Magic" listed in the Aarne-Thompson-Uther Index, a massive repository of tales from different Indo-European cultures. They focused on magic tales because they represent the largest and widely shared group of tales.

Jack and the Beanstalk, also known as The Boy Who Stole Ogre's Treasure, was traced back 5,000 years when eastern and western Indo-European languages split. "Beauty and the Beast" and "Rumplestiltskin" were traced back to somewhere between 2,500 to 6,000 years ago. Another tale, "The Smith and the Devil," dates back to the Bronze Age.

"Our findings suggest that these tales were passed down from generation to generation long before they were first written down, showing the remarkable stability of oral transmission and enduring appeal of these stories," Tehrani told Durham University.

The research, published in The Royal Society Open Science can help researchers to understand how particular stories can remain relevant through time.

"A key ingredient in the success of fairy tales is the juxtaposition of the ordinary and the extraordinary, putting humble farm boys and servant girls in the company of giants and fairy godmothers," Tehrani told Durham University. "Although these stories are frequently updated to suit different times and places, many elements - both magical and mundane - can survive for generations. This makes them a potentially useful source of information about not only our enduring fears and fantasies, but also the kinds of societies in which they originated."

One of the stories the researchers analyzed, "The Smith and the Devil," is about a smith who sells his soul to the devil in order to gain the power to weld any material together. Because of the reference to a metalworking technique, it supports the theory that the Indo-European languages emerged in the Bronze Age.

Talking Glove Speaks For The Deaf