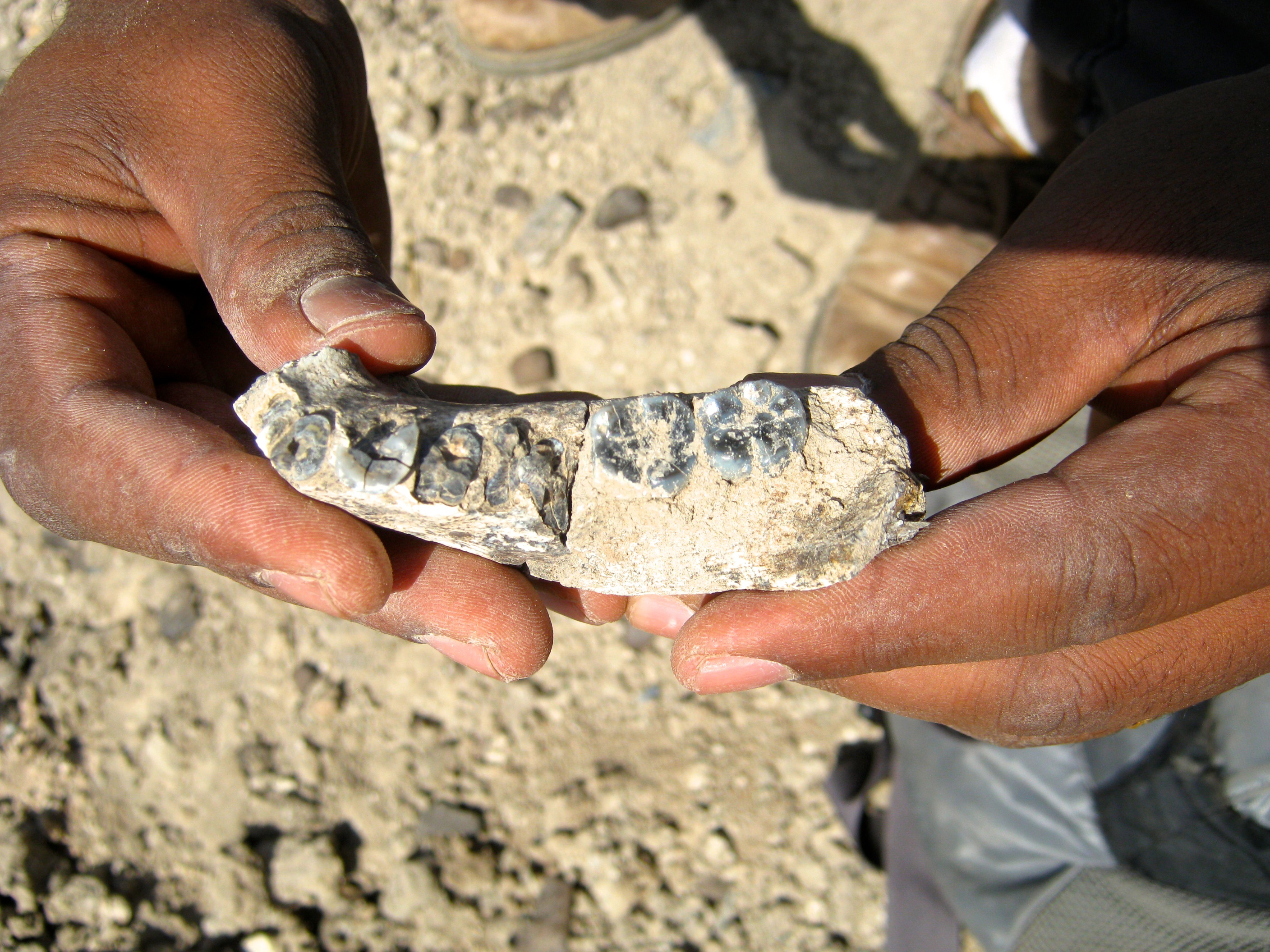 The oldest fossil of the human genus Homo has been unearthed in Ethiopia, a groundbreaking discovery that pushes the history of human evolution 400,000 years further into the past.

Found at a site known as Ledi-Geraru, the fossil of a jaw with five teeth still intact predates the previously known fossils of the Homo lineage and shows that our ancestors lived amid grasslands, shrubs and forest some 2.8 million years ago.

"What is special about this jaw is not only the date, which is much older than any specimen of Homo known until now, but that is has a unique combination of traits, from the height of the mandible to the shape of the teeth, that makes it clearly transitional between Australopithecus and Homo," said Brian Villmoare, of the University Of Nevada Las Vegas and one of the co-authors on two studies announcing the discovery in Science.

This "helps us narrow the time of transition" from the more primitive Australopithecus t0 the more modern Homo "and suggests that the transition itself was relatively rapid," he said.

For decades, scientists have searched for African fossils that would demonstrate the earliest phases of the Homo lineage. But gaps in the fossil history have led to widespread disagreement on the time of origin of the lineage that ultimately gave rise to modern humans.

"One of the most important time intervals for understanding the emergence of our evolutionary lineage, Homo, is the period between 3 and 2 million years (ago)," William H. Kimbel, the director of the Institute of Human Origins at Arizona State University and a co-author on one of the papers, said. "Ironically, it is one of the least well known time periods in the human fossil record."

Prior to 3 million years ago, Kimbel explained, "we have a good fossil record" of early Australopithecus, such as Lucy's species in eastern Africa, A. afarensis, a small-brained upright biped, which is often considered a remote human ancestor. And around 2 million years ago, "we have a multiple overlapping species" of early Homo, including H. habilis, H. rudolfensis, and early H. erectus - species with larger brains, slimmed down jaws and teeth, and stone tool technology.

Another paper released in Nature Wednesday concluded Homo habilis was older than previously thought. Based on a virtual reconstruction of a partial skull researchers now believe it may have originated as far back as 2.3 million years ago.

"One of paleoanthropology's research goals has been to fill the temporal and evolutionary gap between these early and later species," Kimbel said. "Although there are several sites in eastern Africa that cover the 3 to 2 million year time period, fossils from them have pointed tantalizingly to an ancient origin for the Homo lineage, but they are relatively scarce and often not well preserved."

The researchers dated the Ledi-Geraru fossil mandible, known by its catalog number LD 350-1, by analyzing various layers of volcanic ash or tuff using argon40 argon39 dating, a method that measures the different isotopes of argon and determines the age of the eruption that created the sample.

"We are confident in the age of LD 350-1," said Penn State's Erin N. DiMaggio, an author on one of the Science papers.

Researchers hope it can offer clues to evolutionary changes that took place among hominids and other mammals around that time, as well as what the African habitat may have looked like.

Other fossils found in this area include those of prehistoric antelope and elephants, a type of hippopotamus, crocodiles and fish. These fossils fall within the 2.84-to-2.54-million-years-ago time range.

"The fossils that we have recovered at the time of the Ledi Homo indicate an extremely open environment, similar to that of the Serengeti Plains today - a region with grasses as far as the eye could see," said Kaye Reed, another Arizona State University research who took part in the study.

Arizona State's Chris Campisano, another author on the paper, thinks it is possible that this means Homo could have emerged due to rapidly changing climate in Africa.

"Various lines of research suggest African climate and climate variability changed between about 2.5 and 3 million years ago, specifically towards more open and likely arid habitats," Campisano said. "Our data from Ledi-Geraru may fit with hypotheses linking climate change to the appearance of Homo, but it does only represent one particular time and place."

"What we cannot say until we have more sediments in the time period before 2.8 million and after 2.95 is whether there was a trend toward this more open and likely arid habitat that is present during the time of our earliest Homo," Reed said. "What we do know is that early Homo could live in this fairly extreme habitat, and that apparently Lucy's species, Australopithecus afarensis, could not."