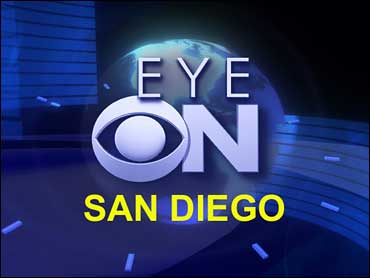 CBS News Up To The Minute is focusing on local news with its daily "Eye On:" segment. At :40 past the hour, we will tell the stories that are not being told on any other network broadcast, straight from the CBS News affiliates and journalists who are covering them. Today's Eye On: San Diego comes from our affiliate, KFMB-TV.

More than 100 sealed syringes containing an anti-nerve-gas agent washed up on beaches just south of the Camp Pendleton Marine base.

Police and local lifeguards collected unopened syringe packages that washed up on Oceanside beaches over the weekend, according to the Oceanside Police Department.

One man pricked himself with a syringe and was taken to a hospital, said Oceanside police Sgt. Leonard Mata.

Mata said the syringes contain about 2 milligrams of atropine, which is generally not life-threatening to healthy adults or children over the age of five.

Mata said police officials are concerned that children might open the packages or mistake them for toys.

"We have concerns that children might pick them up, not knowing what they are," said Mata.

"It makes me very nervous," one mother told KFMB-TV's Shawn Styles. "[My kids] are playing in the sand digging holes, playing in the water and could get stuck."

Police began receiving reports at 6:30 a.m. on Sunday morning that syringe packages were washing ashore. No beaches were closed during the cleanup effort, which lasted into the afternoon.

Police contacted Camp Pendleton when information on the packages indicated that they might be military property, said Mata.

Investigators are still working to determine whether the syringe packages came from the Marine base, said Mata.