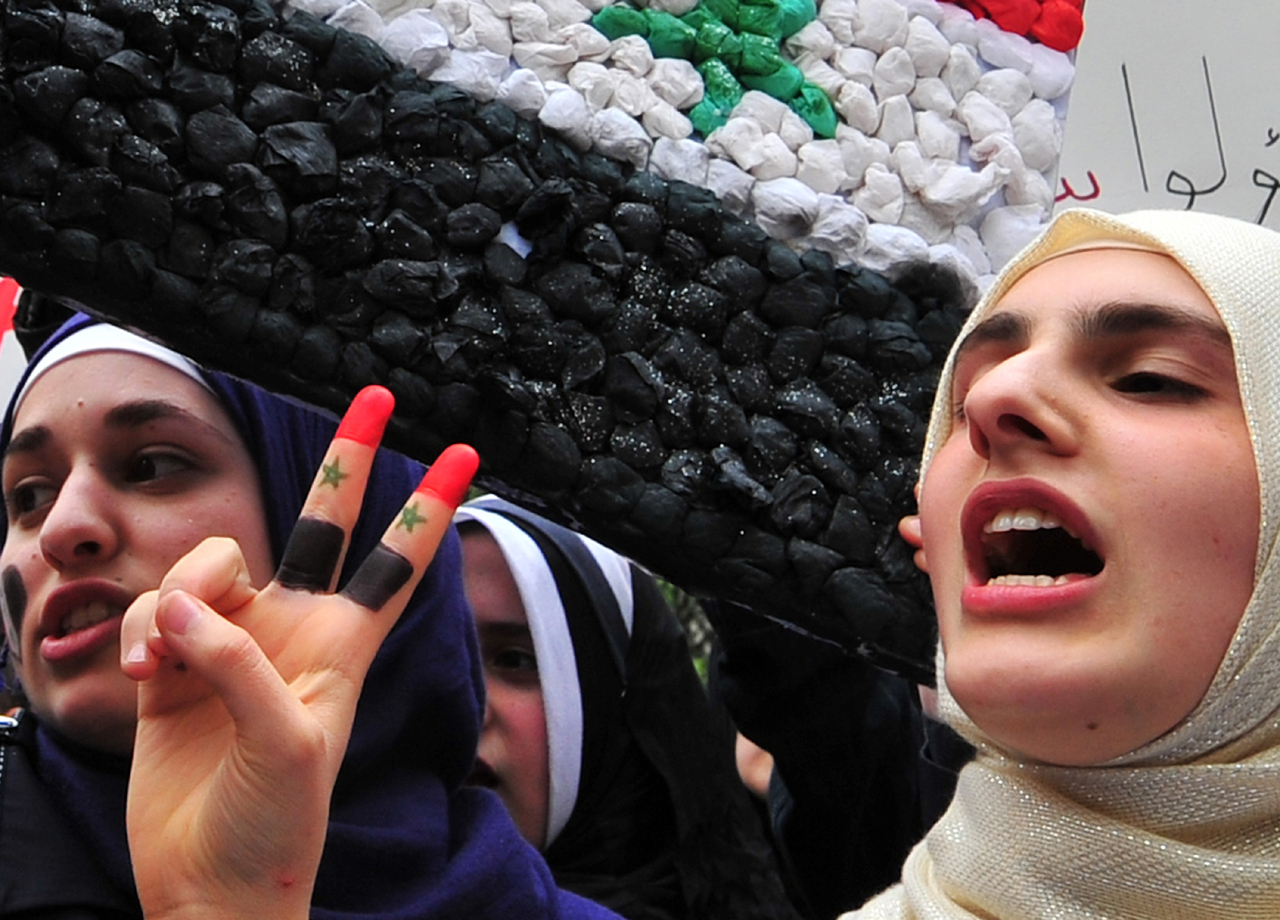 A leading activist told The Associated Press that three people were killed in Homs, two in Damascus and one in a village outside Daraa, the southern city where the nationwide uprising began in March. He asked that his name not be used for fear of reprisals by the government.

In Damascus, the capital, three rallies were held — the largest number of protests held at one time in the city during the two-month revolt against President Bashar Assad.

Thousands in Syria have persevered with the demonstrations, turning up in huge numbers on Fridays — the Islamic day of prayer — only to be met with bullets, tear gas and batons by security forces.

One activist in Homs, speaking on condition of anonymity for fear of reprisals, said security forces dressed in black and shadowly pro-regime gunmen known as "shabiha" were doing the shooting. He said the regime forces first fired in the air, then shot directly into the crowd as protesters continued their way.

Human rights groups say that between 700 and 850 people have been killed since the start of the revolt against Assad's repressive regime.

Assad has come under scathing criticism for the crackdown, with the United States and Europe imposing sanctions.

On Friday, Britain summoned Syria's ambassador to warn that new sanctions will target the regime's hierarchy if Assad does not halt the country's violent crackdown on protesters.

Syrian Ambassador Sami Khiyami was called in for talks with political director Geoffrey Adams — the second time in recent weeks he had been ordered to explain his government's actions.

"The army has transformed major mosques in the city into military barracks where soldiers sleep, eat and drink," said a resident in the coastal town of Banias. "They've put up barriers and sandbags around the mosques."

Up to 1,200 security forces have deployed in the public square in the center of town, and soldiers and armed thugs have broken into shops, offices and homes to intimidate people.

There is a media blackout in Syria, making it impossible to confirm witness accounts independently. Witnesses spoke on condition of anonymity out of fear for their personal safety.

Other protests were around the northeastern city of Qamishli, where about 5,000 people marched in the streets chanting "Freedom!" and "Freedom to political prisoners!" said rights activist Mustafa Osso.

Thousands also were demonstrating in the nearby towns of Amouda and Derbasiyeh, he said.

The government's crackdown has increased in intensity in recent days. On Wednesday, the army shelled residential areas in central and southern Syria, killing 19 people, a human rights group said.

On Thursday, U.S. Secretary of State Hillary Rodham Clinton slammed the Syrian government's assault on demonstrators and said the violence indicates that Assad is weak, though she stopped short of saying he must quit.

"Treating one's own people in this way is in fact a sign of remarkable weakness," Clinton said during a trip to Greenland.

The revolt was touched off in mid-March by the arrest of teenagers who scrawled anti-regime graffiti on a wall. Since then, the protests have spread nationwide and the death toll already has exceeded those seen during the uprisings in Yemen and Tunisia.