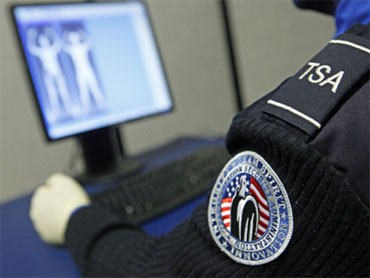 (AP Photo/Haraz N. Ghanbari )
Syria on Tuesday summoned the highest-ranking American diplomat in Damascus and protested Washington's "unfriendly procedures" on Syrians wishing to travel to the States, warning it would take reciprocal measures if the move was not annulled, reports CBS News' George Baghdadi.

Following the attempted Christmas Day bombing of a U.S. airliner, the Obama administration announced that all travelers to the United States from or via 14 "terror-linked" countries will have to undergo compulsory enhanced screening.

The list of countries includes Syria, which is on the State Department's list of state sponsors of terrorism along with Cuba, Iran and Sudan.

"The Foreign Ministry summoned the U.S. charge d'affaires (Charles Hunter) and informed him of its strong protest against the discriminatory procedures imposed recently by the American authorities on citizens of some countries who wish to travel to the U.S.," an official statement read.

"Syria considers such procedures as unfriendly, and demonstrate the continuation of the double-standard policy and would like to express its great astonishment over imposing such procedures despite the fact that the U.S. knows more than any other that no Syrian citizen is involved in any allegations that would justify imposing these procedures," it continued.

"We demand the U.S. to revise these procedures which harm Syrian citizens, and we would like to make it clear that Syria will find itself forced to take similar procedures if the U.S. insists to go on with imposing them," the Foreign Ministry said.

Syria does not have direct air links with the United States.