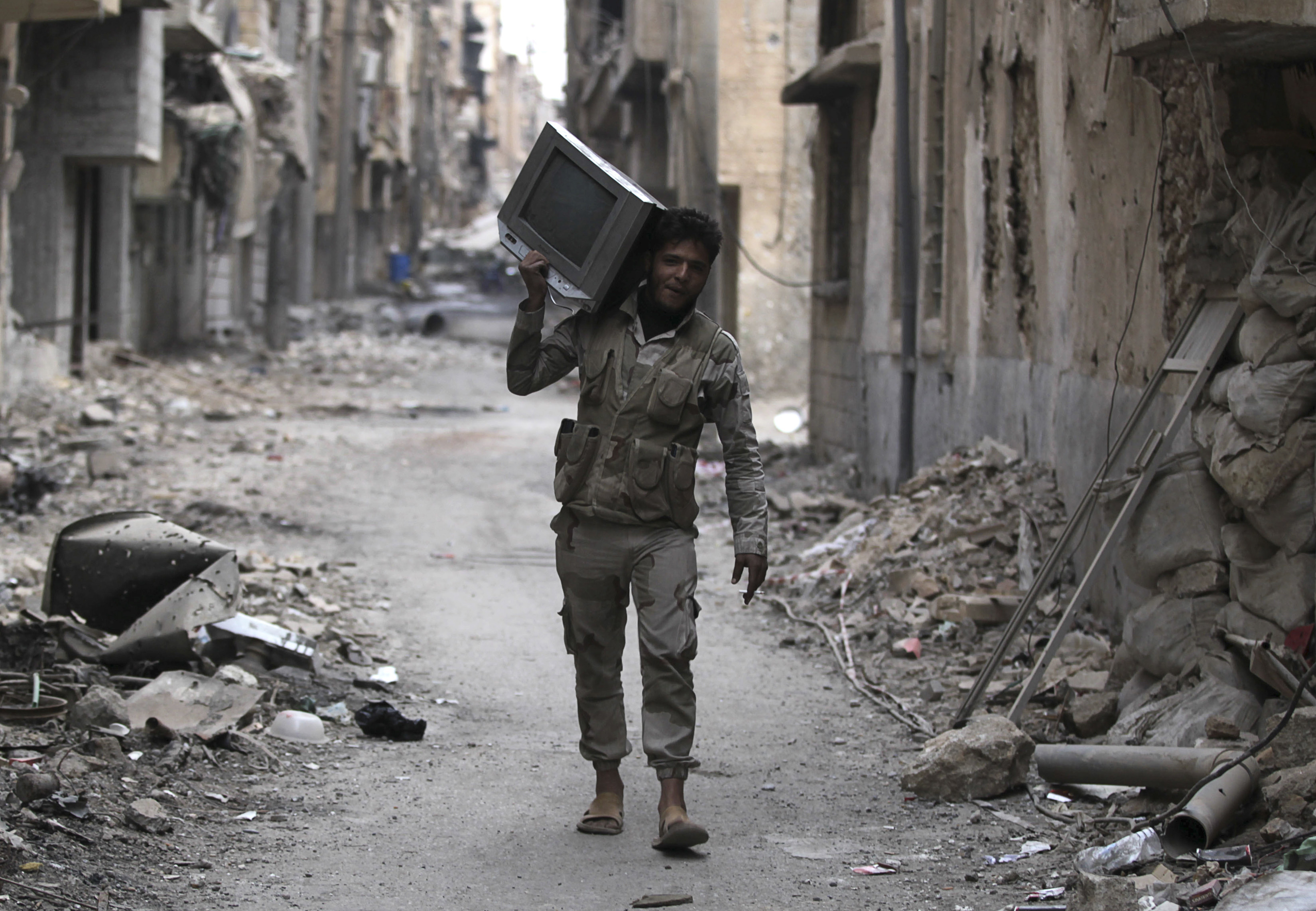 BEIRUT -- One of the major opposition groups in the Syrian war said Wednesday it will only attend the imminent Geneva peace talks if the sieges in the country are lifted and other conditions are met, casting further uncertainty on the talks scheduled to begin in two days.

Expectations are already low for any breakthroughs during talks that U.N. envoy Staffan de Mistura has described as the start of a long term process of consultation between various parties to the conflict, rather than actual peace negotiations between the warring sides.

The talks are meant to start a political process to end the conflict that began in 2011 as a largely peaceful uprising against Syrian President Bashar Assad's rule but escalated into an all-out war after a harsh state crackdown. The plan calls for cease-fires in parallel to the talks, a new constitution and elections in a year and a half.

But there have been major tensions over who would be invited to the talks, and the opposition has demanded confidence-building measures from the government on humanitarian issues.

In a statement released at the end of daylong meetings in Saudi Arabia late Tuesday, the Higher Negotiating Committee referred to the "necessity of realizing genuine improvements on the ground before starting in the negotiating process."

The Saudi-backed committee is headed by Riyad Hijab, a former prime minister who defected to the opposition in 2012. It represents a coalition that includes the main political opposition group, the Syrian National Coalition, and many of the major rebel factions fighting in Syria.

While the group left open the possibility of its eventual participation in the talks scheduled to begin Friday, it said it awaits a reply from the U.N. chief on its conditions.

The opposition has accused Russia, a key backer of the Syrian government, of trying to "dictate" who from the opposition would participate.

Moscow has insisted on the participation of the main Syrian Kurdish group -- the Democratic Union Party, or PYD -- which plays an important role in fighting the Islamic State of Iraq and Syria (ISIS) group and is an essential part of any political settlement in Syria.

Turkey, a major backer of the rebels, sees the PYD and its YPG militia as branches of the Kurdistan Workers' Party, known as the PKK, which has waged a long insurgency against Ankara. Turkey has threatened to boycott the talks if the PYD is represented.

French Foreign Minister Laurent Fabius told France-Culture radio on Wednesday that the PYD was not invited and acknowledged there are several hurdles facing the talks including who will be present.

"The PYD group, the Kurdish group, was causing the most problems, and Mr. de Mistura told me he had not sent them an invitation letter," Fabius said.

He said the Riyadh group should be the primary negotiator for the rebels.

The Riyadh group is a broad coalition that includes several armed Islamic groups, such as the powerful Jaish al-Islam and ultraconservative Ahrar al-Sham faction, which the Russian and Syrian governments consider as terrorist groups. It does not, however, include the Islamic State group or Nursa Front, two militant factions that control large areas of Syria and are not participating in peace talks.