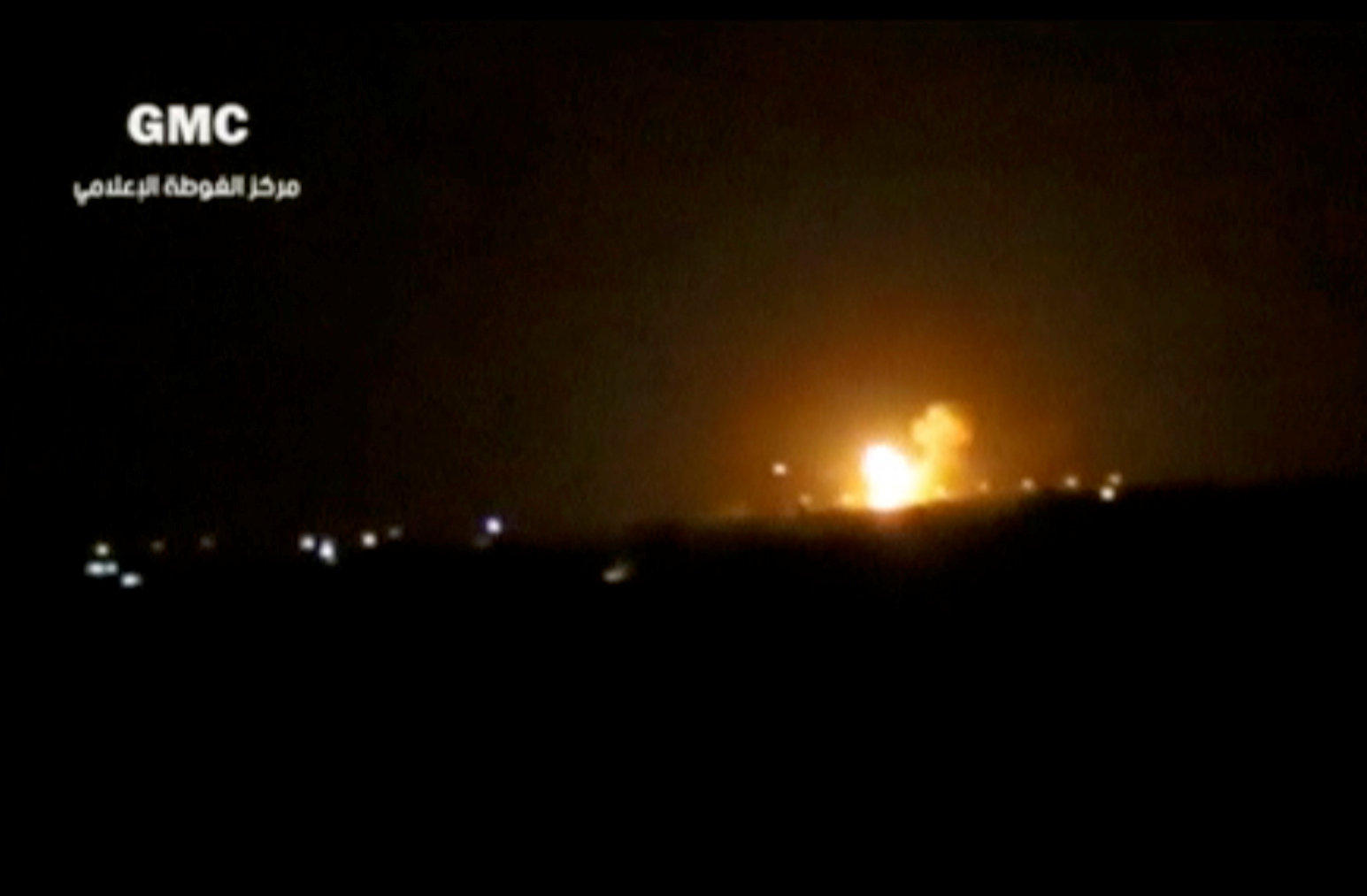 BEIRUT -- Syrian state media blamed Israel on Thursday for an early morning missile attack on a military installation near Damascus International Airport that shook the capital with the force of the blasts.

Israeli Minister of Intelligence Yisrael Katz would not comment directly on the incident in war-torn Syria but said any similar strike would be in line with established policy to interrupt the transfer of weapons to the militant group Hezbollah.

Israel is widely believed to have carried out several airstrikes in recent years on advanced weapons systems in Syria -- including Russian-made anti-aircraft missiles and Iranian-made missiles -- as well as Hezbollah positions. It rarely comments on such operations.

The widely followed Diaries of a Mortar Facebook page, which is run by activists in Damascus, reported several explosions at 3:42 a.m. that could be heard and felt across the capital.

Syria's state-run SANA news agency said Israel had fired several missiles from inside the Occupied Golan Heights south of the capital striking a military installation southwest of the airport, which serves both military and civilian flights. It reported several explosions and material damage but no casualties. It was not clear how Israel was identified as the culprit.

The blasts were felt at least 9 miles away.

"The buildings shook from the force of the blast," said a media activist who goes by Salam al-Ghoutawi, of the Ghouta Media Center, in the city's opposition-held northeastern suburbs. He said he heard the roar of jets in the distance at the time of the blasts.

A string of explosions could be seen silhouetted against the night sky in a video published by the Ghouta Media center, with blazing debris flying out of the blast. The light of the explosions illuminated the sizeable blast cloud that took shape nearby.

Hezbollah's al-Manar media station reported a blast at the fuel tanks and a warehouse next to the airport, which is 16 miles east of the city's center. It speculated the blast was likely caused by an Israeli strike.

Hezbollah is a steadfast ally of the Syrian government and has sent thousands of its militants to fight alongside government forces in Syria's six-year-long civil war.

The war between President Bashar Assad and his regional allies, against local and foreign opposition forces inside his country, has left more than 400,000 people dead.

The explosion comes a day after France said that the chemical analysis of samples taken from a deadly sarin gas attack in Syria earlier this month "bears the signature" Assad's government and shows it was responsible.

Russia, a close ally of Assad, denounced the report, saying the samples and the fact the nerve agent was used are not enough to prove who was behind it.