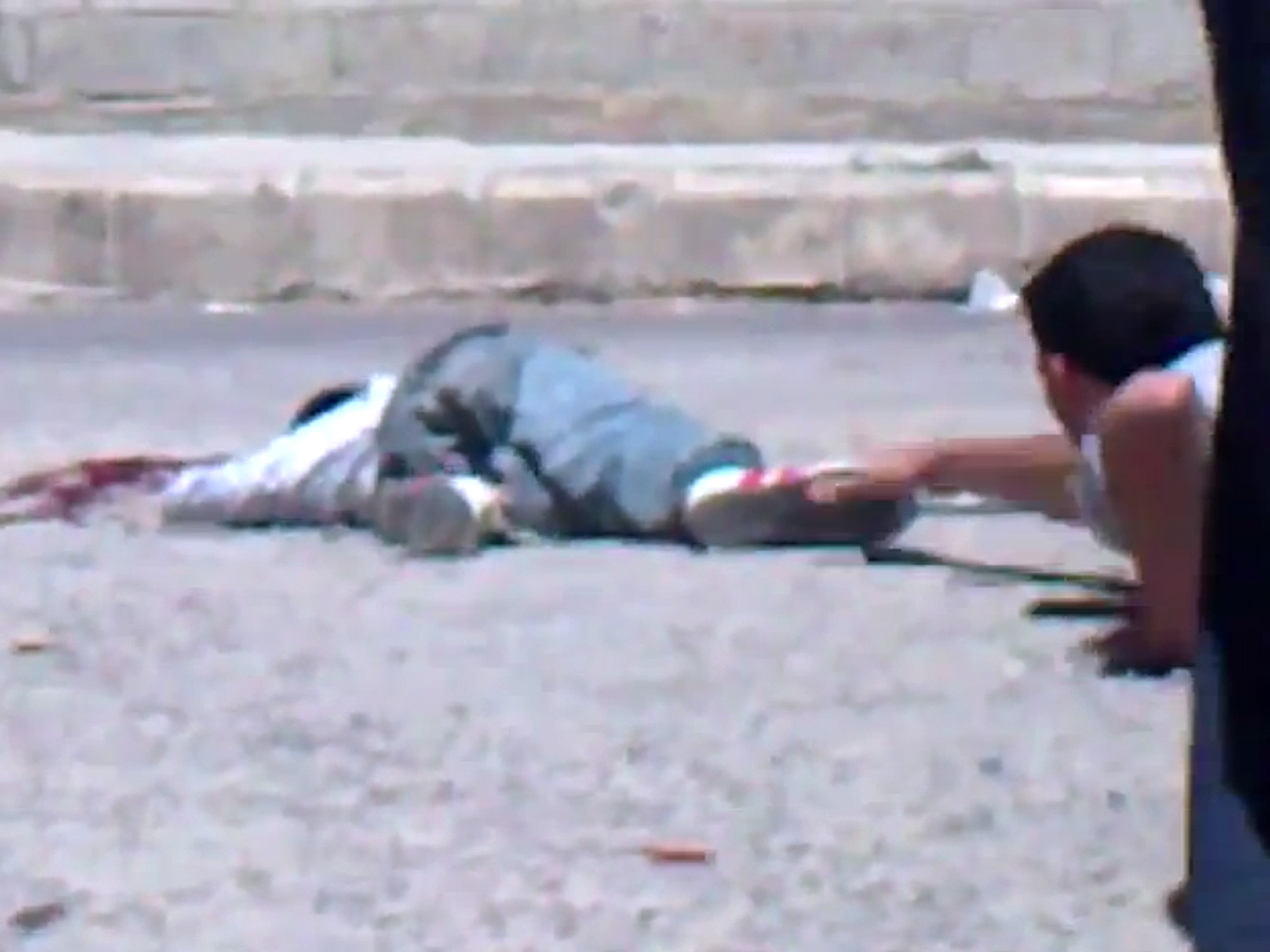 (CBS News) Syrian opposition activists tell CBS News an 11-year-old boy was fatally shot in the head by a sniper as he took part in a small protest against President Bashar Assad's government in the southern city of Daraa on Friday.

The report could not be independently confirmed, but activists posted video online showing a group of young men pulling a badly injured boy from the middle of a road into a sheltered area and then carrying him to a waiting vehicle, blood pouring from his head.

An opposition figure, speaking to CBS News' Khaled Wassef via telephone, says the boy is a 9-year-old, whose family had relocated to the Daraa area to live with family after leaving their home in the rural outskirts of Damascus.

He appeared to be clinging to life as the young men loaded him into the vehicle, but the activist tells Wassef he died soon after.

Video apparently showing the boy's body being prepared for burial was posted later, in which a woman appearing to be al-Tahhan's mother can be heard saying: "May Allah bring his vengeance upon you, Bashar! ...I pray that your children would suffer what Mohammed has suffered, that he would take away your youth. You, and all those have done this to Mohammed."

Neither the videos, nor the accounts given by opposition activists, could be independently verified by CBS News, as the Assad regime has greatly restricted the movement of independent journalists around the country.

Dozens of children have died in the Syrian uprising, with opposition groups claiming troops and militiamen acting at the government's behest have stormed villages and neighborhoods, indiscriminately killing men, women and children with knives or guns at close range.

President Bashar Assad's regime denies any role in the killing of civilians - blaming all the bloodshed on "terrorists", the word the government uses to describe rebels.

In other violence reported Friday morning, activists posted video of apparent renewed shelling in the central city of Homs, which has seen a great deal of the bloodshed since the Arab Spring-inspired uprising began more than 15 months ago.

Further north, near the city of Hama, about 20 United Nations observers visited the small village of al Qubeir, where activists claim dozens of civilians, including women and children were slaughtered by government troops and "shabiha" militiamen earlier this week. The U.N. monitors tried to gain access to al-Qubeir Thursday, but were turned away under the threat of violence.

CBS News correspondent Elizabeth Palmer, traveling with the U.N. team, reported a "smell of death in the air" pervades areas in the village.

"There are no bodies here," Palmer told CBS Radio News. "They've all been buried, either in this village or in the villages around. A man I spoke to who had helped bury the bodies said that the security forces showed up after the massacre and threatened the people that all the bodies had to be buried by the time anybody from the outside world came in."

The government, however, says only nine bodies were discovered in the village, and they were already dead and burned when state forces arrived.

International envoy Kofi Annan told the United Nations on Thursday evening that Assad's regime was the primary obstacle to the success of a six-point peace plan, which has thus far failed to even reduce the daily bloodshed in Syria.

Editor's note: An earlier version of this story incorrectly said the murdered boy was 9. His correct age is 11.